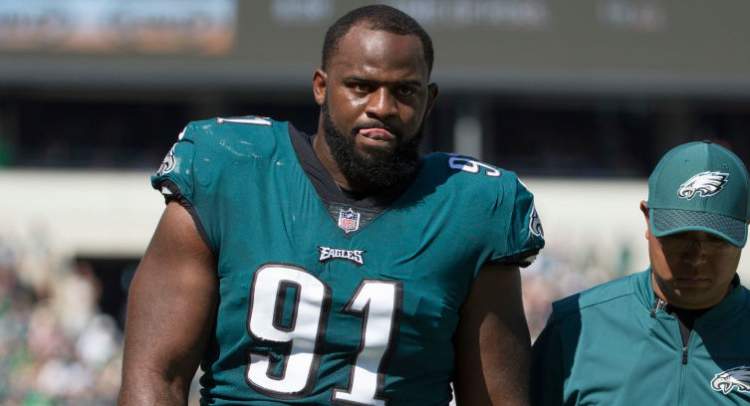 Reports are surfacing that one of NLF’s finest is being sued for ruining a man’s marriage by having an affair with his wife. “Fletcher Cox Sued” is becoming headline news as fans want to know who initiated the lawsuit against the Philadelphia Eagles player and who this alleged Fletcher Cox mistress could be. Apparently, she’s the wife of Josh Jeffords of North Carolina and her name is Catherine Jeffords. For more on that, here’s our story on Josh Jeffords’ wife.

Who is Josh Jeffords? Though there’s not much known about him, we did some digging and found a few facts about his life. He is a U.S. Marine and has a daughter from a previous relationship.

He’s married to Catherine Jeffords, who was born Catherine Virginia Cuesta in 1988. The 29-year-old lives in Huntersville, North Carolina with her husband and they got married on August 31, 2014, in North Carolina.

If you’re looking for Catherine’s Instagram account, then let us save you some time—she doesn’t have one! Since the story broke this morning, the majority of her social media accounts have been erased or blocked, including her wedding registry and LinkedIn account! They were previuosly available to the public earlier today, but now they’ve been scrubbed like an FBI crime scene!

But we did manage to find one thing on her Flipagram account, where she wrote a loving birthday wish to her husband.

“Normally I’m not one to share my feelings, but here goes nothing. Happy Birthday you son of a bitch! Falling in love with has been a total whirlwind. In doing so, I’ve gained a best friend, a husband, a teacher, a protector.

You have pushed me to new limits, moved me hundreds of miles from home and made me face my fears. You constantly strive to be the best in all you do; it’s finally rubbing off on me lol.

You have taught me humility and kindness, something I lack unless directed toward animals lol. You’ve taught me to slow down and appreciate the small stuff, must be part of your southern charm.

Well, it seemed like the two were certainly in love, so the news of this cheating scandal comes as quite the shock!

Whether Catherine is really Fletcher Cox’s mistress is still up in the air, but her husband must seem to believe it!

According to reports, he is suing the NFL player and has claimed that Cox tried to seduce his wife and get her pregnant.

The text messages that Josh reportedly has in his possession are allegedly about the affair and it’s his proof to use Alienation of Affection (AOA) to win his case. For that to happen, according to North Carolina law, he needs the following:

1) You and your spouse had a genuine love and affection

2) The love and affection was alienated and destroyed

3) Malicious acts of a 3rd party produced the alienation of affection. Malicious is presumed if there’s proof of sexual intercourse.

So far, there has been no further comment from any of the parties involved and Josh’s account privately set. Many are anxiously looking to hear from Cox on that matter, but so far, he’s radio silent.