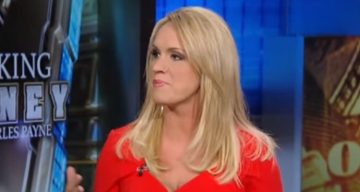 Fox is once again reeling under yet another sexual harassment scandal. Charles Payne, the host of Making Money, has been accused by a network guest of having coerced her into a three-year affair and later of having shunted her from the network when she ended the relationship. A Fox spokesperson said that an investigation has begun into the accusations and Payne’s conduct. Meanwhile, Payne has been suspended from the network.

Right now, the Fox Business Network knows what it feels like to be a punching bag. They are being hit again and again by serious sexual harassment charges from current and former employees. The latest scandal to hit the network is the allegation made by a former female commentator against Charles Payne, host of Making Money. Charles Payne’s accuser claimed that she had a three-year affair with the host. People are shocked at these revelations made by Charles Payne’s mistress. Who did Charles Payne have an affair with? We have details about Charles Payne’s girlfriend right here.

The woman who accused Payne of sexual harassment is former network guest Scottie Nell Hughes. She says that she kept an apartment near Fox’s Manhattan headquarters for the entire duration of the “affair” as she believed it would help her get a permanent position at the network. Hughes claims that her appearances were reduced dramatically after she ended the affair with Payne in 2015 and reported Payne’s behavior to Fox. Payne, on the other hand, has admitted to having a three-year “romantic relationship” with Hughes but completely denied the sexual harassment accusations. He is married and a father, and acknowledged the extra-marital affair on Wednesday, July 5, 2017 while apologizing to his family.

If Payne had any hopes of getting away clean from this brewing scandal, he was sadly mistaken. Payne was suspended by the network while an investigation has been launched to get to the truth of the matter. A Fox Business Network spokesman said, “We take issues of this nature extremely seriously and have a zero-tolerance policy for any professional misconduct.” Hughes reported the affair to Paul, Weiss, Rifkind, Wharton & Garrison, Fox’s law firm, and alleged that she was coerced into a sexual relationship with Payne. She claims that she agreed to the affair because she was afraid of reprisals if she declined. According to Hughes, when she ended the affair and complained to Fox News executives, she was removed from the show.

A Recurring Issue at Fox

Hughes alleges that she went to the former head of programming, Bill Shine, to discuss her situation, but nothing came of it. Shine himself left Fox in May 2017. Her lawyer is preparing a legal complaint against Fox News and Payne and says that her career was severely damaged when she ended the relationship. Hughes is a married woman, and though it is difficult to extricate the truth from the allegations and counter-allegations at this time, Fox News has a history of misconduct. In recent months, several high-profile employees at Fox have been accused of sexual harassment by women. Some of the accused have been fired while others have left on their own accord.

About to join cheddar.com for the 1st time.. if only we were talking about cheese… #velveeta

With the contentious issue of sexual harassment becoming a major problem in the workplace, this latest round of accusations from a disgruntled party, Scottie Nell Hughes, has come at a particularly bad time for Fox News. They have launched an investigation into Hughes’ accusations and complaints. A spokesman for the network said, “This matter is being thoroughly investigated, and we are taking all of the appropriate steps to reach a resolution in a timely manner.” If a thorough investigation is conducted, the truth will hopefully come out soon, and these events can be avoided in future. Fairness and safety at the workplace is a fundamental right for both male and female employees.