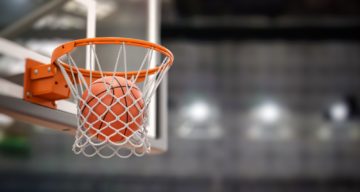 While Keegan Murray’s rookie career looks promising, his love life is also in the spotlight. Murray has been in a relationship since he was a student-athlete and revealed his longtime sweetheart when the Sacramento Kings selected him in the 2022 NBA draft. Keegan Murray’s girlfriend, Carly Printy, is a basketball athlete herself. SportsCenter, Barstool Sports, and some NBA icons had noticed her before Murray, thanks to a hilarious TikTok incident. And she loved giving people a laugh. So we reveal the viral moment and more in this Carly Printy wiki.

Carly Printy was born on October 6, 2001, and hails from Cedar Rapids, Iowa. She is the daughter of Boyd and Kathy Printy, who were athletes themselves and Carly’s coaches.

Carly Printy played basketball at Linn Marr High School and followed in her parents’ footsteps at Truman State University. She is part of the Bulldogs basketball team but hasn’t played a season yet.

But social media took notice of her skills in a funny way. In 2020, before officially becoming a Truman State athlete, she was filming herself doing trick shots in her family home’s driveway. One no-look over-the-head shot went hilariously awry and bonked her head.

Printy saw the humor in it and posted it on TikTok. It went viral, earned almost 3 million views and shares, and even made it on SportsCenter. Not how Carly hoped to be on the show as an athlete, but she enjoyed her viral fame nonetheless. Former NBA pro Rex Chapman also shared the video.

“I think it can give people a good laugh, especially with all of this, when there’s not a lot of good news or good content on social media,” Printy said about her viral fame. “So I’m glad I was able to put some smiles on people’s faces.”

Injuries hampered Printy’s collegiate career. In 2022, she made an emotional Instagram post announcing that she was putting basketball behind her. She thanked her father for teaching her the sports and expressed how much she loved her time as a student-athlete.

Keegan Murray grew up in Cedar Rapids and played basketball at Prairie High School. He went on to play for the University of Iowa.

The couple hasn’t revealed details about their relationship and how long they’ve been together. It’s rumored that Murray and Printy have been in a committed relationship since they were basketball players in high school.

Carly Printy has been officially known as Keegan Murray’s girlfriend since she was with him at the 2022 NBA draft. She was among his loved ones celebrating the Sacramento Kings selecting the former Iowa Hawkeyes forward. According to her Instagram bio, Printy lives in California with Murray.