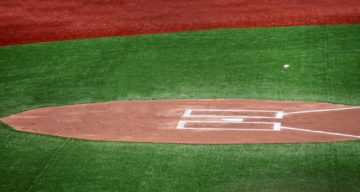 Brooks Lee is the newest member of the Minnesota Twins. The team picked him in the eighth spot of the 2022 MLB draft. His MLB future holds much promise. And it appears he is succeeding admirably on the personal front, too. His girlfriend made an appearance at his first MLB game, catching the eye of many fans. Twins Nation is now curious about Brooks Lee’s girlfriend, Delanie Dunkle, a tennis player. So, we reveal her background in this Delanie Dunkle wiki.

Palos Verdes, California native Delanie Dunkle was born to Bill and Tricia Dunkle on July 22, 2001. Her dad is a veteran tennis player who has competed at UC Santa Barbara and professionally for a while. Meanwhile, her mom is a real estate agent and a certified flight instructor.

Delanie Dunkle is the oldest sibling. She has two sisters, Peyton and Presley Dunkle, and a brother.

Since tennis runs in the family, Delanie and Peyton Dunkle played tennis together for California Polytechnic State University. Both sisters began playing tennis at a young age.

The Dunkle sisters competed against each other at the 2018 CIF Central Section Singles Tournament championship, where Delanie Dunkle defeated her younger sister.

Meanwhile, Presley Dunkle studies at Arroyo Grande High School in California. She is expected to graduate in 2023.

Delanie Dunkle attended Arroyo Grande High School until 2019. She was named League MVP and County MVP during her years there. Moreover, she never lost a singles match in her four years of playing varsity sports.

Brooks Lee’s girlfriend, Delanie Dunkle, was named Big West Women’s Tennis Athlete of the Week on April 13, 2022, for the third time in her career. She also received Big West Conference All-Academic honors in her sophomore year.

Currently, she is studying for a BBA at California Polytechnic State University, San Luis Obispo.

According to an Instagram post by Dunkle, the couple has known each other for 13 years. Lee and Dunkle met for the first time when she was in third grade.

Although they attended different high schools, they reportedly started dating in 2018 while both were Cal Poly students. Since then, Dunkle has been with Lee every step of the way, supporting the baseballer’s career. The power couple also went to prom together in May 2019.

The couple’s social media is filled with posts of each other. In one Instagram post from 2019, Brooks Lee says, “Happy birthday to easily the most beautiful girl! Just wish I could be better than her in at least one thing.”