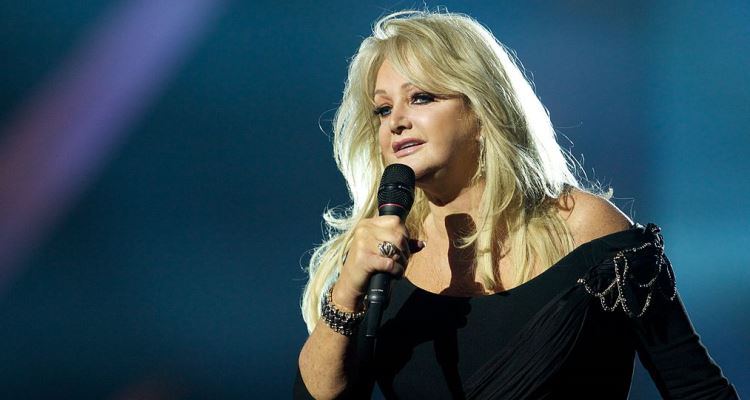 Bonnie Tyler’s “Total Eclipse of the Heart” performance couldn’t have come at a better time, since all anyone can talk about is today’s eclipse! It’s one of the hottest topics happening right now (right behind Sunday’s latest Game of Thrones episode) and to celebrate this celestial marvel, the ’70s singer took to the stage on a cruise ship to perform her classic hit. So, if you’re interested in more information about the musical icon, then you need our Bonnie Tyler wiki.

Bonnie Tyler was born Gaynor Hopkins on June 8, 1951, in Skewen, Wales. The Welsh singer is one of seven children born to her mother, Elsie, and her father, Glyndwr. Her parents always said they had seven children, even though their daughter Pauline was stillborn. Bonnie’s siblings are: Sisters Marlene, Angela and Avis and brothers and brothers, Lynn and Paul.

In an interview with The Guardian, Bonnie explained how she grew up Protestant with her family in a four-bedroom house with her grandparents across the street.

“We grew up in a four-bed council house, with my grandparents living across the road in Skewen, a small village near Neath,” said Tyler. “No one around that part of Wales speaks Welsh, so I never learned. It was a very close, safe community. People could leave their doors open, everyone trusted their neighbors. I never met one grandfather, but my dad’s parents, Gran and Grandad Hopkins, and my mum’s mum, Nan Lewis, were always around to help out with the family. My dad was one of seven or nine, I think, and my mum was one of nine children.”

Not everyone is familiar with Bonnie Tyler’s songs, but she is most famous for her hit ’80s song “Holding Out for a Hero” and she’s been successful albums such as Natural Force and Faster Than the Speed of Night. After Tyler’s commercial success she was able to buy her family a home and owns properties in Wales and Portugal.

At age 80, Tyler’s mother died with Alzheimer’s disease, which was “dreadful to watch.” In an interview with The Guardian, Tyler recalled what her mother said to her before she passed. “I remember she said to me: ‘Believe in yourself because no one else is going to do it for you.’ I’m sure a lot of my success is due to her words of advice. She also used to say to us all, “Keep the family tight” and would put one finger over the other to show us what she meant.”

She Doesn’t Have Kids

In 1973, Tyler married Robert, 68, her first serious boyfriend when she was 22 years old. Before they exchanged vows, they had dated for four years and have been married for more than 40 years. They wanted to wait seven years before starting a family, but plans changed when Tyler’s career took off. Parenthood was put on hold until she was 39, but she miscarried after two and a half months of being pregnant.

“We tried again but after two years nothing had happened so we just thought it wasn’t meant to be,” Tyler said to The Guardian. “I have a large family anyway. I have five godchildren, 16 nieces and nephews, and 12 great nieces and nephews, so there is no shortage of children in my life.”

You know it means something when the universe and a universal singer come together. In what some consider a special Bonnie Tyler concert, the iconic hit maker sang her hit song “Total Eclipse of the Heart” during an actual eclipse! How fitting! That’s like the Jonas Brothers singing “Burnin’ Up” inside a live volcano! Not the safest example, but you get the idea. While aboard the Royal Caribbean’s Total Eclipse Cruise, the Welsh singer performed for her guests, and speaking of Jonas Brothers—her performance was backed by DNCE, which stars Joe Jonas!