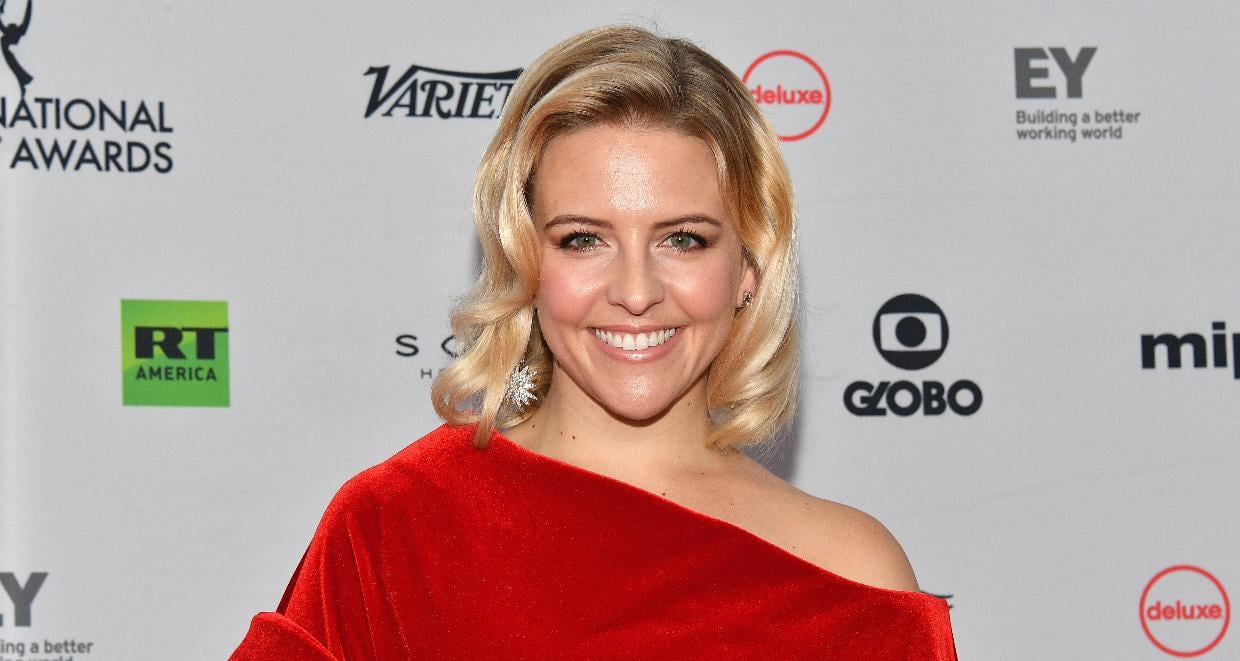 Chef Bobby Flay’s girlfriend is probably ready for a wedding, but after three wives, is Flay up for more wedding bells himself? On Heléne Yorke’s Instagram page, she tried on a friend’s wedding ring, and the media is convinced that the actress is dropping hints! Find out more with details from Heléne Yorke’s wiki.

Heléne Yorke has a great sense of humor, and her social media pages are proof! She is an actress who is best known for her work in The Night Before and Masters of Sex. But since she began dating the well-known chef in 2016, she has been in the eyes of the media.

Who Is Heléne Yorke?

Heléne Yorke was born on February 27, 1985, which means that she’s 33 years old. She is a Canadian-born dancer and singer. Her mother is a businesswoman named Andrea Dyke and her father is Rhos Dyke, a VP at Technologent.

Since her father’s job was to sell software, the family moved around a lot in the United States. So, Yorke has grown up in places like Georgia, Atlanta, Minnesota, and Minneapolis, and she later settled in Los Angeles, California.

Yorke grew up in the Pacific Palisades area in Los Angeles and attended Pacific Palisades High School. She went to the University of Michigan after she graduated and received her Bachelor of Arts degree from the college.

Heléne Yorke was born Heléne Dyke, and her mother is now a successful entrepreneur in the fashion industry.

Andrea Dyke is the founder of A Della Dress, which specializes in fashionable and affordable clothing. It offers its clients customized outfits where you can choose the fabric, size, and style. You and can also accessorize the outfit with their shoes and hats.

Dyke started the fun and interactive brand after she noticed there weren’t any stores that offered casual, easy-going dresses for young mothers. She then decided to take matters into her own hands and began sewing dresses in her dining room in Los Angeles.

Soon, her hobby turned into a business, and A Della Dress was born. It boasts a collection made solely in Los Angeles, California.

Yorke’s father, Rhos B. Dyke, is the vice president of the software company called Technologent located in Irvine, California.

Heléne Yorke also has twop brothers. The younger of her two brothers, Sutherland Dyke, is a graduate of the United States Military Academy.

In 2012, Yorke posted a picture on Twitter where you can see the proud family celebrating Sutherland’s graduation. He was deployed to Kuwait and Afghanistan where he was a Battle Captain until 2017, but now he works as an associate director at CPEX Real Estate.

Yorke’s other brother, Lancelot Dyke, is a fencing coach at Olympic silver medalist Tim Morehouse’s training facility. They offer classes to anyone interested in the sport.

The Dyke family is a huge fan of the Los Angeles Dodgers. They all proudly post pictures of their visits to a Dodgers game on their social media accounts.

Heléne Yorke is blessed to have a perfect family. And it looks like there was another member of the family—a pug named Podgy—but he died in 2016.

Heléne Yorke has been a Broadway actress with hit roles like Glinda in Wicked, Olive Neal in Bullets Over Broadway, and she has also played Evelyn Williams in American Psycho.

On TV, she has appeared in Graves, Quantico, Person of Interest, 30 Rock, A Gifted Man, and more.

She plays the role of Leigh David in ABC’s hit drama thriller, Quantico. Out of all the roles Yorke has played, it appears her favorite is Olivia Graves! She heavily promotes the TV series on her personal social media pages and doesn’t shy away from posting pics of her reel family, too.

Heléne Yorke, 33, and Bobby Flay, 53, began dating in 2016. Initially, they did not go public about their relationship.

Bobby Flay was married to Stephanie March for a decade before they filed for a divorce. Flay was also married to Debra Ponzek and then Kate Connelly in 1991 and 1995, respectively. So, he’s had his share of wives.

His divorce to March was finalized in 2015. And after a year’s worth of dating speculations, he and Yorke finally made it public that they were, in fact, a “thing.”

Wore my lady disguise. Been foolin' people all day ? Big love to @lauraapsitlivens who made this HAT ???!!!

The couple has been going strong since, and they love to post pictures of their happy times together on Instagram.

The couple celebrated their second dating anniversary in February this year, and Bobby Flay is looking like he is happy to be back in the relationship game!

The two lovebirds were spotted in Miami, hand-in-hand, taking a lovely walk together in matching headgear.

Back in December 2017, Yorke stirred some speculation among fans after she posted an interesting picture of herself trying on her friend’s wedding ring! The media might have blown it out of proportion by saying that Yorke might be “dropping hints” about a wedding, but that doesn’t seem to be the case.

It seems the actress was just goofing around, showcasing the size of her self-dubbed “sausage fingers.”

The funny femme captioned it, “Tried on Brooke’s wedding ring last night. Andy and I are VERY disappointed by the size of my sausage fingers.”

Although fans of the famous chef and the Broadway belle would be excited to see them tie the knot, it doesn’t look like a plan in the near future. If nothing else, one can certainly appreciate the food reference in relation to her fingers though, no?

Tried on Brooke's wedding ring last night. Andy and I are VERY disappointed by the size of my sausage fingers.