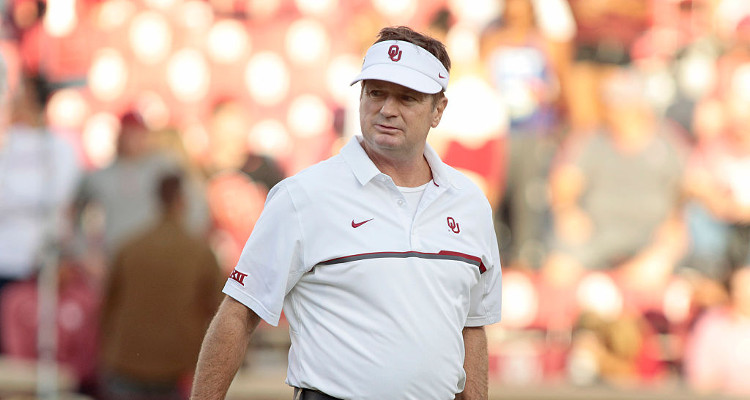 Bob Stoops retired after 18 incredible seasons with the Oklahoma Sooners. Stoops, a six-time Big 12 Coach of the Year and two-time National Coach of the Year winner, says that its the perfect time for him to hand over the reins. “The program is in tremendous shape. We have outstanding players and coaches and are poised to make another run at a Big 12 and national championship,” said Stoops. He further continued that his health wasn’t “the deciding factor in this decision” adding, “I’ve had no incidents that would prevent me from coaching.” Then why did Bob Stoops retire? Only time will tell. For now, read our Bob Stoops wiki to know more his amazing career.

Born September 9, 1960, in Ohio, Robert “Bob” Anthony Stoops is a former head football coach at Oklahoma University. He is married to Carol Stoops, a Mary Kay National Sales Director, and has three children. Stoops is represented by Neil Cornrich.

He belongs to a football family. His father, Ron Stoops Sr., was the long-time defensive coordinator of the Cardinal Mooney High School football team, where Bob attended. Stoops and his two brothers were all coached by their father at Mooney. The Sooners coach was a four-year starter and one-time All-Big Ten selection at defensive back at the University of Iowa. In 1982, he was named one of the Most Valuable Players in the Big Ten.

Bob Stoops graduated with a marketing degree in 1983, but began his coaching career under Hayden Fry instead of pursuing a career in marketing. He started as a volunteer coach and graduate assistant for the Iowa Hawkeyes program before moving on to be an assistant at Kent State University under Dick Crum, in 1988.

After leaving Kansas State University, Stoops moved to the University of Florida for a brief period from 1996-1998. In 1997, he crafted the Gators’ national championship win over Florida State in the Sugar Bowl.

In 1999, Bob Stoops became the head coach at the University of Oklahoma. In his first year there, the Oklahoma Sooners won seven games and advanced to their first bowl game since 1994.

Stoops had an impressive 18-year career as the head coach of the Sooners. He surpassed Barry Switzer’s record for the most wins by a coach at Oklahoma in 2013. His guidance also helped the Sooners reach the 2000 BCS National Championship. That season, they finished undefeated, outscoring 13 opponents by a combined 481–194!

The Oklahoma Sooners had a glorious run under Bob Stoops’ excellent training and smart tactics. During his time as coach, the team won the Rose Bowl, Orange Bowl, Fiesta Bowl, and Sugar Bowl.

For the past decade, Stoops was one of the five highest-paid head coaches in college football. He took top spot until Nick Saban signed with Alabama. Reports suggest that Michigan’s Jim Harbaugh’s salary of $9.0 million is currently the largest paycheck received by a college football coach.