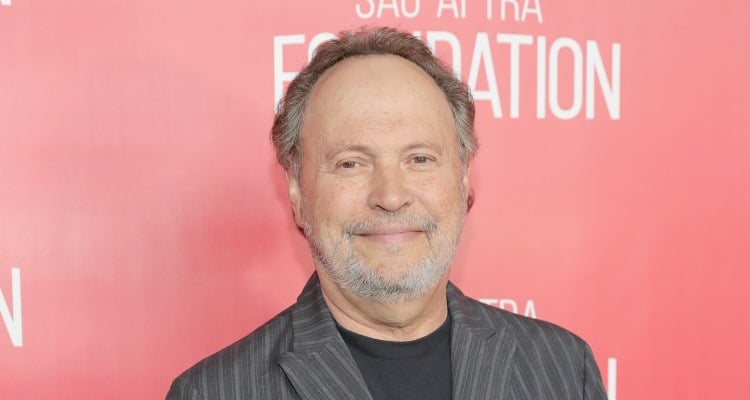 Billy Crystal’s age is 69 and he was born William Edward Crystal on March 14, 1948, in Long Beach, New York. He grew up the youngest of three boys and loved to sing, dance and make people laugh. According to Biography, Billy met several famous musicians and performers, including Billie Holiday, thanks to his father Jack Crystal, who was a jazz agent. He’s attended Marshall University, Nassau Community College, and New York University, where he earned his degree in film and television direction.

Billy and his father had a bond and shared a love for baseball and when Billy was 8 years old, Jack took him to his first Yankees game. Billy’s father also played baseball when he was in college. When Billy was 15, the family suffered a major loss when Jack died of a heart attack.

In 1970, he married Janice Goldfinger, and they have two grown daughters together: Jennifer (born in 1973) is an actress and Lindsey (born in 1977) is a filmmaker. Billy and his wife currently live together in California.

At one point or another, everyone has seen at least one of Billy Crystal’s movies. Whether it was the classic romantic comedy, When Harry Met Sally, or the Pixar comedy Monsters, Inc. Crystal has a net worth estimated at $45.0 million and it stems from his lengthy and successful career as an actor. After graduation, he started out as a substitute teacher but then tried his hand at being a stand-up comedian. he began to lose focus and momentum for a while and stayed home to raise his daughters, while his wife worked at the local community college.

Crystal told Time magazine that “I loved those years of being Mr. Mom. One of the saddest days in my life was when Jennifer said, ‘Dad, I can wash my own hair.'”

Crystal got one of his first big breaks was in the 1970s on the situation comedy show Soap, where he played an openly gay character, Jodie Dallas. The show eventually ended in 1981 but before that, its sponsors had an issue with the idea of an openly gay role and eventually withdrew support.

“I had a stand-up career that was starting to bloom, and I had a lot of trepidation doing it … I loved the time, and what we did on the show was important, said Crystal. But I think if I looked back—yeah, I should have waited for something that may have fit me better.”

Eventually, Crystal’s career began to take off when he tried his luck on Saturday Night Live for a second time. He’s an award-winning actor and remains a staple in the entertainment industry.

Tonight, fans get to relive the moment when Crystal shuts down a woman, who happened to be a Trump supporter. The Tonight Show Starring Jimmy Fallon will return with new episodes on Tuesday, September 5 at 11:35 p.m.  EST on NBC!