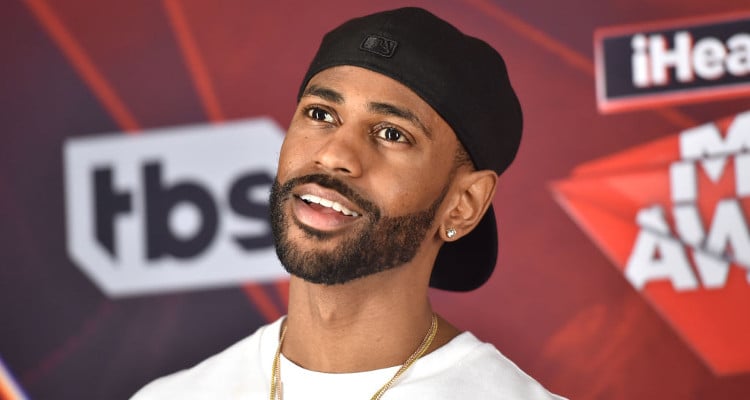 This year’s MTV Movie & TV Awards promises to be a thrilling night! Rapper Big Sean will be performing his new single, “Jump Out the Window.” Confident after his Saturday Night Live performance and with a net worth of $12.0 million under his belt, Big Sean is on a roll right now!

Fans who have been complaining about not getting enough of Big Sean can finally relax. It has been announced that the rapper will be performing at the relaunched 2017 MTV Movie & TV Awards, held in Los Angeles on May 7, 2017. What better platform for Big Sean to perform his new single “Jump Out the Window” from his album I Decided? Other MTV Movie & TV Awards performers include Noah Cyrus (Miley Cyrus’ younger sister), J Balvin, Pitbull and Camila Cabello. It’s a great lineup that you will definitely want to see on screen!

Sean Michael Leonard Anderson was born on March 25, 1988 in Santa Monica, California, making Big Sean’s age 29 years old. When he was just three months old, Sean moved to Detroit, Michigan, where he was raised by his mother, a school teacher, and his grandmother. When he was in high school, Sean had ties with the Detroit hip-hop station 105.9-FM. This is where he, along with Sean Menisee, won air time as S.O.S. (Sons of the Street) after competing in off-air competitions at the station. When he heard that Kanye West was at the station for an interview, Sean was persuaded by a friend to give the rapper his mix CD. After spitting some rhymes for West, Sean’s career suddenly took off.

Also Read: “Star Wars” Quotes: Words That Have Survived the Test of Time

The Path to Fame

He started out releasing a series of mixtapes like Finally Famous: The Mixtape, UKNOWBIGSEAN, and Finally Famous Vol 3: BIG. They spawned hit singles like “Get’cha Some,” “Million Dollars,” and “Supa Dupa.”

On June 28, 2011, Big Sean finally released his debut studio album, Finally Famous, which gave him three hit singles, “My Last,” “Marvin & Chardonnay,” and “Dance (A$).” Sean then released another mixtape called Detroit, before releasing his second studio album, Hall of Fame. Big Sean’s album yielded the hit singles “Guap,” “Switch Up,” “Beware,” “Fire” and “Ashley.” He then released his third studio album, Dark Sky Paradise, which features the singles “IDFWY,” “Blessings,” “I Know,” “One Man Can Change the World,” and “Play No Games.” No wonder Big Sean’s net worth has climbed to a healthy $12.0 million and will likely only rise.

Everything lined up for the taking… I Decided.

This year, the rapper released his fourth studio album called I Decided, with singles like “Bounce Back” and “Moves.” Big Sean’s MTV Awards performance will see fans on their feet as he will be performing his single, “Jump Out the Window.” The MTV Movie Awards will air at 8:00 p.m. EST tonight, on May 7, 2017. With MTV Movie Awards presenters like Snoop Dogg, DJ Khaled, Zac Efron, Gal Gadot, Amy Schumer, Hailee Steinfeld, Milo Ventimiglia, Allison Williams and Zendaya, this is not a show to miss! And with the success of Big Sean’s SNL performance earlier this year, we already know the audience is in for a treat!