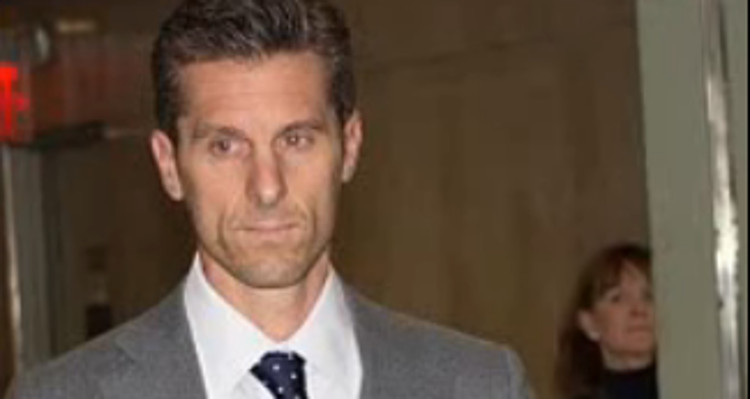 Jason Hoppy did not take his divorce with Bethenny Frankel kindly and reportedly sent her threatening text messages and emails. After showing up and threatening her at their daughter’s school, Hoppy was arrested on charges of harassment and stalking. The court has now ordered Hoppy to stay away from Frankel.

Jason Hoppy went too far. Being angry at your ex-wife is one thing, but threatening and stalking her is definitely crossing the line. On January 27, 2017, he made his way to their daughter Bryn’s school and approached Bethenny Frankel at around 8:15 a.m. He tried to start a fight and said, “I will destroy you, you can get all the lawyers you want, you’ve been warned.” In the preceding months, Hoppy had sent numerous emails and text messages to Frankel, in which he had threatened and insulted her. After his tirade at Bryn’s school, he was arrested and charged with harassment in the first degree and stalking in the fourth degree. Keep reading for more details about what Bethenny Frankel’s ex-husband has been up to and more from our Jason Hoppy wiki.

Born on September 10, 1970 in New York City, Jason Hoppy’s age is 46. He studied at the University of Scranton and worked as an executive in pharmaceutical sales. Jason Hoppy’s parents are Carol and Robert Hoppy, and he has a brother named Bryan. He married Bethenny Frankel in March 2010, but she filed for divorce, which was finalized in July 2016, nearly four years after they separated. He has a daughter named Bryn from his marriage to Frankel.

In June 2017, Hoppy was indicted on additional charges of stalking in the third degree and some additional misconduct. He denied all charges against him and even rejected a plea offer in March 2017. After his arrest, Hoppy’s lawyer released a statement that read, “There are no words to express how saddened Mr. Hoppy is over his ex-wife’s unjustified actions. His only concern is his daughter and intends to vigorously fight these false charges.” The case has been adjourned to August 8, 2017.

He Is Happy with the Settlement

While the divorce proceedings were going on, Frankel and Hoppy were also working on their financial settlement. After nearly four years of negotiations, the final disputed piece was the couple’s $5.0 million home in New York City. Jason Hoppy’s settlement was finalized, and he was  reportedly quite happy with the terms. In fact, his attorney said on his behalf, “Jason is thrilled that this chapter of his life is over; he is extremely pleased with the settlement that was reached. Jason looks forward to the future and enjoying that time privately with family, friends and most important to him, his daughter.”

According to sources, Jason Hoppy’s net worth is a healthy $5.0 million, so he is financially independent.

The Good Way is to Stay Away

However, Hoppy took the divorce very hard and allegedly started badgering Frankel with text messages. He is reported to have sent more than 160 messages, where he was rude and insulting over the course of several months. Like this message that he reportedly sent on September 30, 2016: “Love how you [s]peak in the phone. You really have problems. Have a great weekend. [Bryn] loves me so much. It’s amazing the love a daughter has for her father and visa versa.” With Jason Hoppy agreeing to the court order to not interact with Bethenny Frankel or send her any messages, we will have to wait until August to know if he has followed through and refrained from contacting his ex-wife.