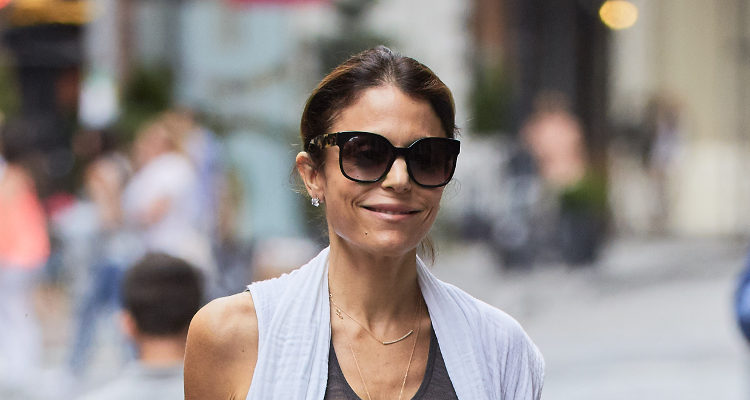 Frankel is the only child of Robert J. Frankel and Bernadette Birk, an interior designer. Robert was Jewish and her mother was a Roman Catholic who converted to Judaism when they married each other. So, that makes Bethenny Frankel Jewish from birth. Her father left her mother when Frankel was only four years old, but her mother remarried soon after. Frankel describes her childhood as difficult. Not only did her real father desert her, her mother started drinking heavily and argued violently with her second husband. Frankel had to switch schools several times while growing up. She then got a degree from New York University.

Frankel began her career by working as a production assistant on the classic ’90s sitcom, Saved by the Bell. In 2005, Frankel competed in the reality show, The Apprentice: Martha Stewart and was one of the top two finalists. In 2008, Frankel appeared on the reality TV show, The Real Wives of New York City. Frankel then finally got her own reality TV show called Bethenny Getting Married? The show covered her engagement, her marriage and the birth of her daughter, as well. Her husband at the time was Jason Hoppy.
[etn-inline-post id=”31377″]

People are curious and often ask, “Who is Bethenny Frankel dating?” Well, Bethenny Frankel’s boyfriend is currently Dennis Shields, whom she met 27 years ago, but Shields was married to one of Frankel’s high school friends. He recently got divorced from his wife and started dating Frankel. Frankel is very happy now. She said that they are a perfect match and she is “owning it.” However, since she got burned in her divorce from Jason Hoppy, she wants to keep the new relationship with Fields out of the lime light. People are dying to know, “Is Bethenny Frankel engaged?” The answer is: not yet!

Her health has not always been so good. In 2011, Frankel admitted that she battled with her diet and her weight, and tabloids were awash with news of Bethanny Frankel’s eating disorder. Though Frankel has always looked fit and trim, the truth is she was been jumping from diet to diet. She had been binging on food and starving herself alternatively for quite some time. She admitted that on the days she would starve herself, she would go out and drink. This only made things worse. However, in 2006 she went to Italy for a trip and that changed her entire life. Now, she eats all kinds of food but in smaller portions. She also exercises regularly to keep herself in good shape. She also underwent a hysterectomy to get rid of her uterine fibroids in 2013.

All this experience has given her the knowledge and the will to be a writer. That’s right. Frankel is the author of several books on dieting and how to be healthy. She has written six books so far, and advises people on how to keep good health. What a turnaround! Frankel cares about animals a lot, too. In September 2009, she posed nude for a PETA billboard. Frankel is all set to begin a new life, after putting the miseries of her past to rest. Frankel is one real housewife of New York City, who is definitely not desperate!