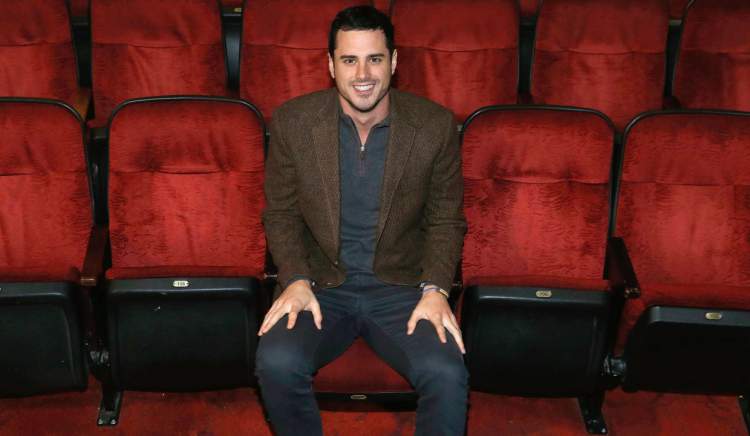 Bachelor Nation, if you’re still not over the gut-wrenching exit made by Ben Higgins on The Bachelor Winter Games, you’re not alone. Is it too early to campaign for Ben as the next Bachelor … again? Read up on Ben Higgins here, and you’ll know what we’re talking about.

The Bachelor Winter Games has seen favorites quitting left, right, and center! Ben Higgins declared he’s not over his breakup from Lauren Bushnell and realized it’s too soon to be looking for love. It was sad.

Bachelor Nation adores Ben, so they’re pretty upset he left. Now they’re hoping he gets to be The Bachelor again! Why does Bachelor Nation want Ben to get another shot at love?

Find out here with details from Ben Higgins wiki!

Born on March 23, 1988, in Denver, Colorado, Ben Higgins’ age is 29. He won over Bachelor Nation when he arrived on Kaitlyn Bristowe’s season of The Bachelorette. And although he was the second runner-up, fans would gladly give him the rose.

Ben claimed that he was “unlovable” and went on to prove otherwise. So, it was no surprise that he was chosen as the new star of The Bachelor season 20. He even proved to be a gentleman when he stood up for Kaitlyn.

It came down to Jojo Fletcher and Lauren Bushnell for Ben, and he got engaged to Lauren. The newly engaged couple starred in their own spinoff, Ben and Lauren: Happily Ever After?.

The couple’s fairytale romance didn’t work, and they broke up in 2017. Lauren has reportedly moved on since then, and Ben appeared on The Bachelor Winter Games.

From the outset, Ben spoke about how difficult it was to get over Lauren. Because his heart was not in it, he decided to bow out of the show. It was an emotional departure with tearful hugs and sad background music.

Bachelor Nation thinks it’s a crime to let Ben go like that and that he deserves a second shot at love. That’s why we’re hoping he’ll be the next bachelor.

Also read: What Happened to Ben and Lauren? Why Did Ben Higgins and Lauren Bushnell Break Up?

What Is Ben’s Job?

Amy and David Higgins’ son graduated from Indiana University in 2012 before he moved to Denver.

According to his website, “Ben’s goal is to be famous one day if he can just catch a break.”

Well, Ben’s already there! He worked in software sales throughout his reality TV dating spree.

At the time of his Bachelorette debut, Ben was a business analyst at Talisys. He has since worked his way up the ladder and was promoted to account manager. He went on to become the VP of business development and was at Talisys until December 2017.

Ben co-founded his own business, Generous International LLC, in October 2017. He continues to work with the profit-for-purpose enterprise.

A look at Ben Higgins Instagram reveals that he’s another Bachelor offshoot with social media endorsement deals. However, he’s more active in philanthropy.

Ben also has a lifestyle website, The Mahogany Workplace, where he writes about everything from style and travel to his Bachelor appearances.

The 29-year-old didn’t break a sweat in BWG, perhaps because he’s pretty athletic himself. When Ben was a kid, he played basketball, football, and golf. From his Instagram posts, we can see that he’s more into golf now.

If you don’t love him already, you should know that Ben’s also a great cook. His family owned a fish-fry business where he worked.

When Ben was in college, he was hit by a car while walking down the sidewalk. Ever since then, he’s been afraid of walking with his back to traffic.

Once, when he was in Miami Beach, Ben found $1.0 million worth of cocaine. But don’t misunderstand, as he turned the drugs in.

Ben actively volunteers and spent six years with Humanity and Hope United. He traveled to Honduras with H&H and even did volunteer work in Peru.

Just look at this cupcake’s Instagram bio: “Be kind, for everyone you know is fighting a hard battle and every second we are creating our story.”

Come on! Make Ben Higgins the Bachelor already! (By the way, the quote is attributed to author Ian Maclaren.)