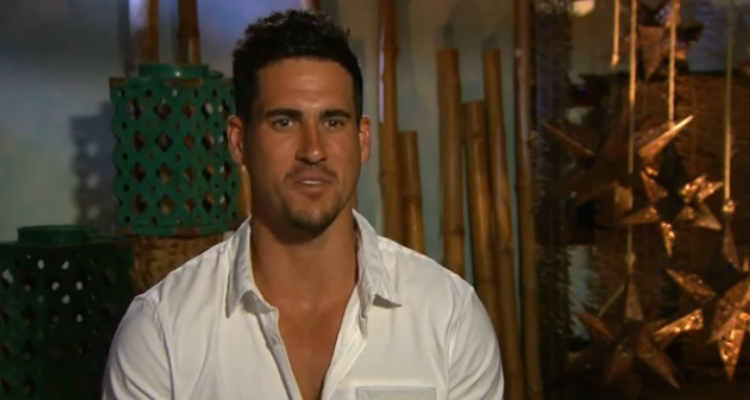 Not only did Andi Dorfman reveal information about Josh, she also talked about her awkward night with a contestant from her season of The Bachelorette, Nick Viall. Her new book, It’s Not Okay: Turning Heartbreak Into Happily Ever After, goes into explicit detail about her “awkward sexual encounter,” that caused her to send him packing.

Several cast members have scouted red flags from Josh: Emily and Hayley left BIP, warning Amanda to “be careful,” and Nick told the twins he didn’t trust Josh. Andi’s book reveals details about Josh that are damaging and frankly, make him appear to be a total jerk. The Huffington Post shared some of the statements Andi made in the book: Josh is quick to anger, he’s emotionally abusive and cut down her self esteem, he called her terrible names, and worst of all, he joked about murdering her!

Andi’s book made some serious claims against Josh, “What people didn’t know was after two shows, I had become a twenty-seven-year-old woman who walked on eggshells in her own home. What they didn’t know is I was trapped with someone who, in my opinion, often behaved like an emotional abuser. Yes, I said it, and I’m not taking it back.” She continued to say how his electric smile and handsome appearance made him seem like a great guy in public, but when they were in private, the mask fell off and he made her feel like the worst person in the world.

Josh defended himself when the news broke using Twitter, “Enough is enough. I say what I mean and I mean what I say, sorry for being me.” Probably not the best thing to say after such damaging news is revealed about you, is it? People are now asking, “are Josh and Amanda still engaged?” After everything she went through in her unhealthy relationship with him – we sure hope not, for her sake! All will be revealed in the finale so be sure to tune in!

Warm Wishes for the New Bachelor

Despite Andi’s comments about her awkward sexual encounter with Nick, the exes remain on good terms. When Nick was named the season 21 Bachelor, she said to US Weekly, “I’m happy for Nick. It’s been a long road for him, but he has always been genuine about wanting to find love. So I’m happy to see him get another shot at it, and I wish him all the best.”

As for where the relationship with Josh and Andi stands, fans won’t know until the finale! Tune in to ABC on Monday and Tuesday at 8:00 p.m. EST to see what happens! And if you’re still thirsty for more Bachelor in Paradise spoilers or information, click here!