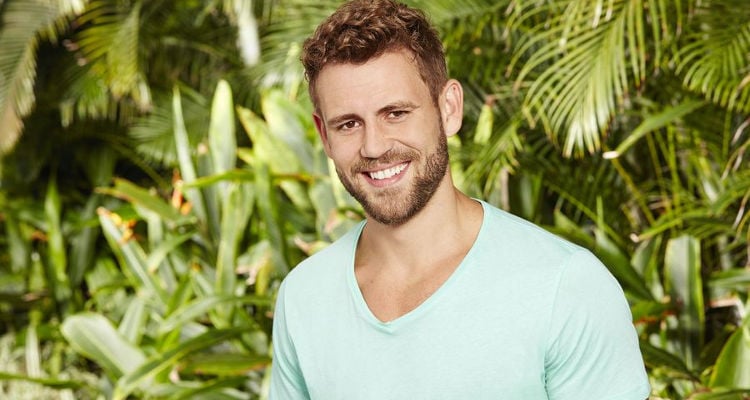 The drama never seems to cease when it comes to the Bachelor in Paradise contestants! But let’s be honest, that’s why we all love this show. At the end of Monday’s (August 29) episode, we saw a homesick Caila who was fed up with Ashley’s desperate antics, telling her potential fiance Jared, that she wanted to leave paradise and go back home. With the arrival of Wells, everyone assumed that Ashley would finally leave the lovebirds Jared and Caila alone, but alas, it seems that she didn’t want to give up on her first love so quickly.

Meanwhile, Ashley and Wells enjoyed a private dinner date that ended with a kiss, but the arrival of newcomer Jami shook things up for the newbie couple. Jami sneakily arrived the next morning, when everyone else was asleep, and whisked the handsome Wells on a fun date, that included frolicking under a waterfall. Naturally, Ashley didn’t take the news well, even though she pretended to, and went to Caila to sabotage whatever was left of her relationship with Jared. Ouch!

Spoilers: Does Caila Really Leave and Does Nick Get Engaged?

Fans of Caila and Jared are left wondering whether Caila and Jared actually continue a relationship together, especially after she left paradise only to have Jared follow her out! Fans everywhere were relieved to see Jared chase after Caila as the car was pulling away, and rejoiced when he decided to leave with her! When Jared informed Ashley that he was leaving to follow Caila, you could literally feel her heart break, and of course, the tears ensued. Ashley had been praying for the demise of Jared and Caila’s relationship since Day 1, so this was the final nail in the coffin. Jared confessed, “I have to choose whether I stay in Paradise or go after Caila.” Fans everywhere are hoping he made the right decision, but many wonder if his Ashley baggage is going to follow him where ever he goes. Wells on the other hand, has been thrown in the lion’s den and now has three different women vying for his heart! Ashley, Jami, and another newcomer, Shushanna! The twist is that the Nashville-based DJ is certainly falling for all three of them. Yikes!

“The Bachelor” feels like a better title than runner-up. Congratulations @nickviall!

Meanwhile, Nick and Jen are facing some troubles of their own. A promo for next week’s Bachelor in Paradise shows Nick shopping for engagement rings, but apparently things go awry and it flashes forward to Nick, filled with tears. Previously, emotions have run high between him and Josh Murray over Amanda Stanton’s affections, but now Nick is more concerned for Amanda, then ever. Nick believes Josh’s aggression and emotional abuse weren’t just lies that his ex, Andy Dorfman made up in her “Tell All” book.

If you’re wondering whether Nick gets engaged or not at the end of all this, unfortunately, he doesn’t! However, in a surprising turn of events, Nick Viall has now been cast as The Bachelor in season 21 of the ABC hit reality show, airing in 2017! The 35-year-old confessed that he is nervous but excited. So, what does he look for in a partner? Viall proclaimed, “I’ve always been attracted to women who are very confident and know their own self-worth. Someone who makes me a better person and challenges me and isn’t afraid to, you know, give it as much as I like to.” Congratulations to Nick on his journey to finding love! We’re hoping for his sake that fourth time’s a charm!