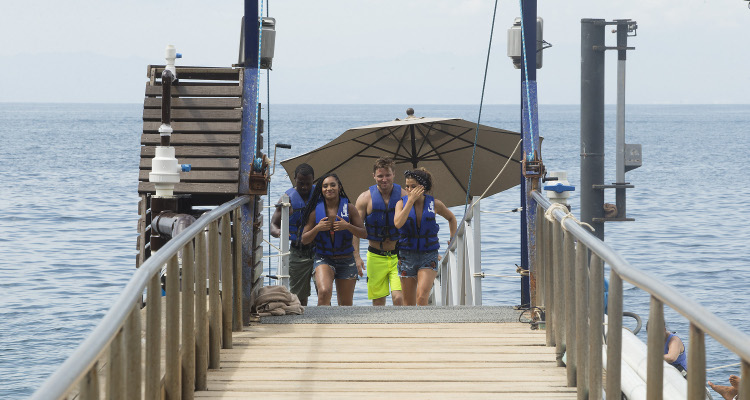 Everybody knows that Bachelor in Paradise is no fun without fights, tears, and hot gossip! The season is almost over, and many contestants have yet to find a connection. There is a rumor that two couples on the show get pretty serious and are still together even though filming is done.

Dean’s Running Out of Time

The foundation of a relationship is trust, and not having roaming eyes. Since day one on Bachelor in Paradise, Dean and Kristina seemed to hit it off. They spent a lot of time together, and viewers were convinced that the two would take their relationship to the next level. However, as Danielle L. entered the show, Dean started having second thoughts about his feelings for Kristina. Very subtly, he told her that he wanted to take their relationship slow, and then started spending more time around Danielle L. However, while Dean juggles both girls, it looks like one of them is running out of patience.

According to reports, Dean gets the cold shoulder from Kristina at breakfasts and decided to check on her. She opens up to him and says that she was sitting near the pool when he was having a great time with Danielle L. Dean asks her to stay patient, but it looks like that is no longer an option.

The ballad of Kristina and Dean continues. Do you think KrisDeana will happen? #bachelorinparadise

Adventurous Date on the Cards

Though he is the new guy in BiP, Adam is not wasting time and gets a date almost immediately. Hilarity will surely ensue on an adventurous, adrenaline-filled double date. The four contestants will go speed-boating and zip lining. Three of the four will have an amazing time, but one will get seasick, might lose her contact lenses, and will have a funny mascara moment.

There are rumors that two couples have taken their relationship past the beaches of Mexico. Robby Hayes is clearly in awe of the single mother of two, Amanda Stanton. He might decide to take her on a romantic date to a Mexican town fair, where he may tell her that he fell for her, and that he sees a future with her. The couple are said to seal the deal by sharing a passionate kiss under a brightly-lit night sky.

Power of the Rose Ceremony

During this week’s elimination, the girls will give out the roses. There are speculations that Ben will leave the show before the Rose Ceremony and Kristina, fed up with Dean’s antics, may also leave brokenhearted.

The promo for tonight’s episode shows Kristina and Raven arguing, with Kristina angrily walking out of the bar. The episode seems to be filled with a lot of drama and tears. Make sure you do not miss Bachelor in Paradise at 8:00 p.m. EST on ABC.