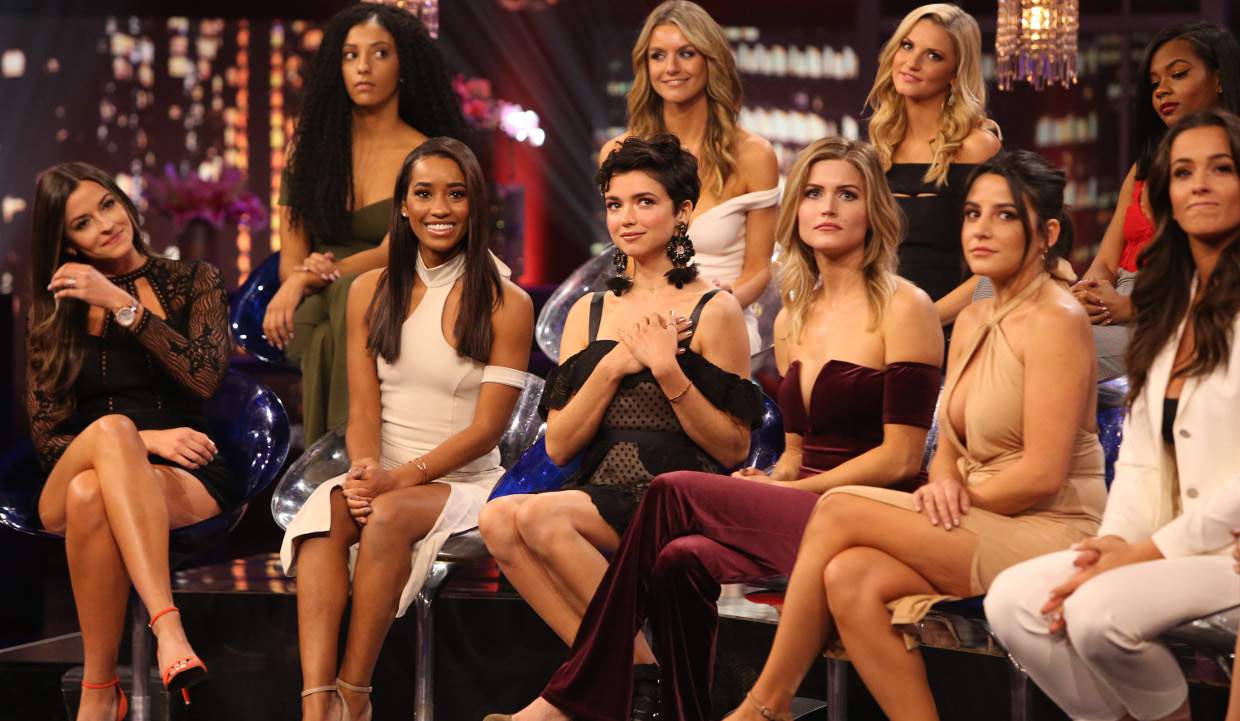 In a dramatic “Women Tell All” special, Chris Harrison solemnly swore that the dullest season of The Bachelor would have a truly dramatic finale. Who went home on The Bachelor tonight? We’ve got The Bachelor finale spoilers from tonight’s Fantasy Suite dates. So, keep reading for The Bachelor recap of the latest episode, right here!

Chris Harrison promised that the finale is going to be epic-and judging by the trailer, that seems to be true. So, who are the top two finalists? Who’s the one with the blast from the past? And, what scoop does Caroline have on Arie?

For those of you who missed the action, we’ve got The Bachelor 2018 spoilers before the finale.

In the penultimate week of arguably the most boring season in franchise history, Arie whisks his remaining three ladies—Becca, Lauren, and Kendall—to beautiful Peru.

To start off the Peruvian romance, taxidermy queen Kendall gets the first date of the week. But for a finalist, she’s having second thoughts about a potential proposal. Though, she tries hard not to dwell on that and enjoy her time with Arie as they go on a buggy ride in the sand dunes.

After some Mad Max moments, Kendall is nervous about the Fantasy Suite date. Her confession clearly means that she’s not ready to be engaged, but that doesn’t mean she’s completely opposed to a proposal at the end of this. She feels the other girls are 100% ready to be engaged, while she is unsure if she really is.

Watched @BachelorABC tonight. I don’t think I could fall in love with 2 ppl at the same time. Maybe if you sent me to Peru or somewhere exotic my mindset would think differently #thebachelor #trip #travel #vacation #holiday #Peru #love #world #news #reality

After Kendall’s Fantasy Suite date, a seemingly unenthusiastic Lauren is up next. This time, Arie amps up the date antics to a prop plane flying them over the famous Nazca Lines. Lauren is mildly enthusiastic, as usual.

But Lauren is once again inside her head. She’s missing the point of the dating reality show and can’t wrap her head around the fact that other girls are competing for the same man as her. (They really should give the contestants a primer on how the show works.)

Arie has never spent so much time on a date reassuring a woman that this show (read: social experiment) works. When it’s clear that she’s not buying his Darwinian theory about romance—that the true relationship will survive—he drops the L-word!

Lauren’s response to Arie saying, “I love you,” was a belated, “I was just so happy to hear that.” However, she did tell him she loves him, too.

The morning after the Fantasy Suite, Lauren is pretty sure she’s getting a Neil Lane ring.

Arie on this episode reminds me of myself when I’m around dogs:

Fantasy Suite Plus One

It’s Becca’s turn next, and we’re hoping for something big. Arie and Becca have had the most normal relationship throughout the season, and hers seems to be the safest.

From floating on a catamaran to a romantic dinner in the desert, this has all the makings of a Mills & Boon setup. This obviously means that there has to be a dramatic twist on the horizon, right?

Becca, who’s never said the L-word first, clenches her fists and finally tells Arie she loves him. The Bachelor returns the sentiment in the cheesiest statement ever, claiming he’s no longer “falling” in love, but is actually “in love” with her!

I think @ariejr told the hotel maid he loved her too #TheBachelor #TheBachelorFinale @BachelorABC ???

After a night in the beautiful Fantasy Suite tent, Becca muses that nothing can go wrong or break her smile. But then, her hunky ex, Ross shows up out of the blue and knocks on Arie’s hotel room door! Arie, having no idea who he is, lets him in and the two get to talking. The two dated for seven years and broke up a year ago. But Ross tells Arie that he’s not over Becca, and until now, had no idea the show ended in a proposal. So, he contacted the producers and plead his case—and obviously they flew him out to profess his love to Becca! This little love debacle is ratings gold!!

Who else thinks #TheBachelor producers emailed the women’s exes with the subject line “Free Trip to Peru”?

So, Ross tells Arie that Becca is his “soulmate” and “that’s my proposal to give her.”

Now, we’ve had exes show up before. But Ross saying that he wants to marry the potential winner of The Bachelor is the most epic moment this season!

Arie is remarkably composed while Ross shows up unannounced, making him wonder if Ross can sway Becca or if she still has feelings for him at all; after all, seven years is a long time to have been with someone!

But Becca is clearly not happy with Ross’ arrival, which makes Ross a desperate mess to get her back. Despite his heartfelt words, Becca refuses to take him back.

Ross then wishes them luck and leaves with his tail between his legs. But fans immediately feel sympathy for Ross, many already hoping for him to be considered for the next Bachelor! (We certainly wouldn’t mind—he’s freaking gorgeous!)

Ok this guy just went all the way to Peru to “get his girl back” (aka his ex) on bachelor and I can’t even get a text back. #TheBachelor

And the Final Two Are …

Now that Arie has tested his connection with the ladies in the Fantasy Suites, it’s time to reveal our top two! But instead of a Rose Ceremony, Arie has a private talk with Kendall.

He knows she’s not ready to commit the way she has committed to stuffed animal carcasses. So, instead of leaving her pathetically without a rose, he urges her to bow out graciously.

And, she does just that. It was actually the kindest elimination in Bachelor history!

That leaves Becca and Lauren competing for the final rose. These two lucky ladies will be introduced to Arie’s family next. What could possibly go wrong?

The show’s finale has so much drama that it can’t be contained in just one night! The Bachelor season 22, episode 10 is going to be a two-night finale next week.

Glad that trainwreck of an episode is over. Now I can go sleep in my bed full of dogs like a normal person. #TheBachelor