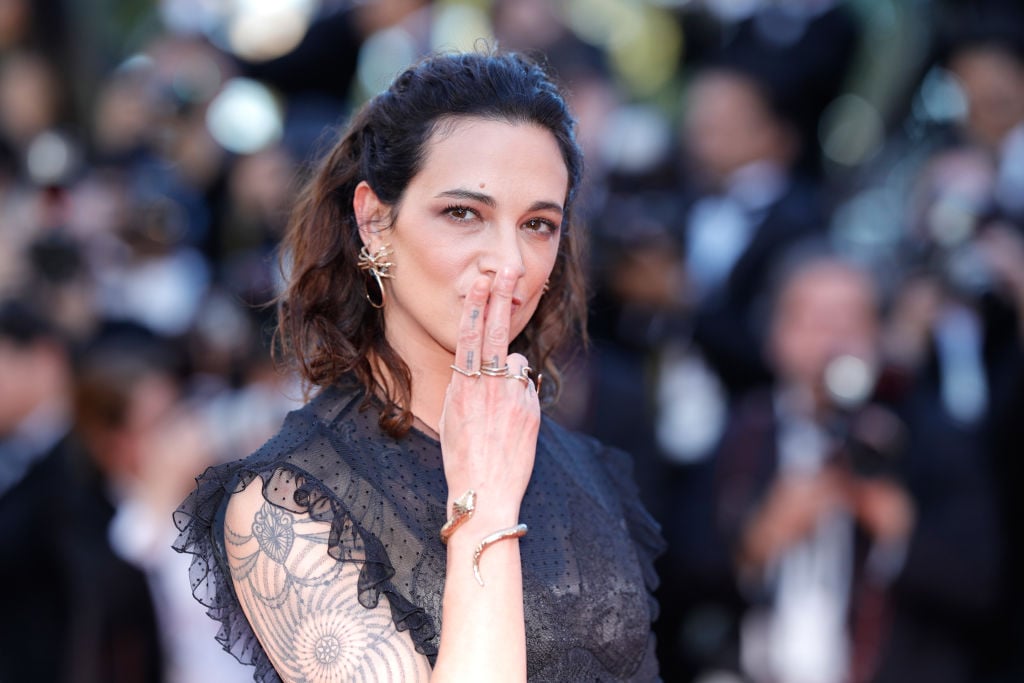 The latest of producer Harvey Weinstein‘s accusers is Asia Argento. As the scandalous story is ongoing, people want to know more and many have been asking why men in Hollywood haven’t commented on the infamous producer’s past actions. To learn more about the Italian actress who most recently spoke out on her experience with Weinstein, here’s our Asia Argento wiki.

Who is Asia Argento?

By now, everyone has heard or read about the scandal involving Weinstein’s sexual harassment, which was published by The New York Times. According to the New Yorker story by Ronan Farrow, Argento was on of many women who allegedly suffered at the hands of the movie mogul. There are more than 13 counts of alleged sexual assault, rape, and harassment, which has undoubtedly turned Hollywood’s elite against the once famous producer. According to the story, Argento claimed that the assault occurred in the late ’90s when she worked with Weinstein, and he was working at Miramax, which was distributing her film, B. Monkey, at the time.

According to the article, the actress was invited to a hotel room in France by a producer that worked for Weinstein. She was told that it was a Miramax party but there was no one present when she arrived, except for Weinstein.

She Feared for Her Career

After Weinstein allegedly forced oral sex onto Argento, the two reportedly kept in touch and Argento even admitted to later engaging in future consensual sexual relations, according to the article.

“He made it sound like he was my friend and he really appreciated me,” said Argento. Argento claimed she had to do it, because she feared she would never work again.

“Just his body, his presence, his face, bring me back to the little girl that I was when I was 21,” she said. “When I see him, it makes me feel little and stupid and weak,” Argento explained, adding, “After the rape, he won.”

I've been in this game for 33 years. It made me an animal – wearing @ysl and @bernarddelettrezofficial snake earrings

In response to the allegations against him, a representative of Weinstein’s released a statement saying, “Any allegations of non-consensual sex are unequivocally denied by Mr. Weinstein.”

The statement also reads: “Mr. Weinstein has further confirmed that there were never any acts of retaliation against any women for refusing his advances. Mr. Weinstein obviously can’t speak to anonymous allegations, but with respect to any women who have made allegations on the record, Mr. Weinstein believes that all of these relationships were consensual. Mr. Weinstein has begun counseling, has listened to the community and is pursuing a better path. Mr. Weinstein is hoping that, if he makes enough progress, he will be given a second chance.”

Asia Argento’s Instagram also has a couple posts that encourage speaking up in light of the incident. She hasn’t since commented further.

✊️Speak up, Stand up #Sisters #BeBrave