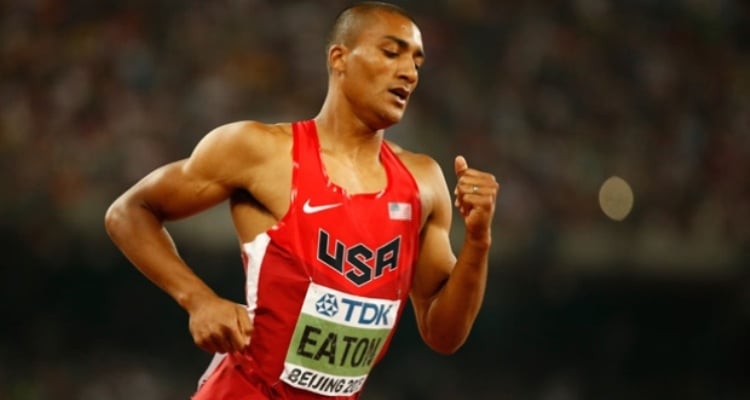 Ashton Eaton’s wife is the center of his world and he doesn’t let anything, not even the Olympics, get in the way. The love between the track and field champions is undeniable. If you’re searching for, “Ashton Eaton Brianne Theisen pictures together,” just check out his Instagram! Ashton Eaton’s family definitely comes first, despite his amazing track record of six gold medals! Ashton Eaton’s mother also plays a big part in his success and happiness, so without further ado, here are three facts you need to know about Eaton’s family.

Ashton Eaton’s wife’s pictures litter his Instagram. The commitment and teamwork between them is totally #marriagegoals! He is so supportive of his wife that he even received some backlash for it! At the 2016 Rio Olympics, he wore a red “Canada” hat and Twitter blew up about his choice of attire. Many even accused Eaton of being a traitor to his American country! Eaton wasted no time apologizing for his support of his Canadian wife but instead, responded to the haters with tweets like, “Have I not represented USA well? Yet u demand more. Ur respect is hard earned. I support the country that produced my wife; who ru2 shame me?” You tell ‘em, Eaton!

If you’re looking for Ashton Eaton’s family pictures, there’s one person who will stand out among the rest. Eaton was born as an only child to Terrance Wilson and Roslyn Eaton on January 21, 1988, but when Ashton Eaton’s parents split two years later, he was raised by his mother, as he had minimal communication with his father. Eaton posted a heartfelt tweet on April 27, sharing a ThankYouMom video. He wrote, “I couldn’t be where I am today without my mom.”

His Brother is a Silver Star Recipient

Ashton Eaton’s brother, Gunnery Sgt. Verice Bennett, is equally supportive as his wife and mother. According to Stars and Stripes, Bennet was cheering on his brother from Virginia (where he was at the time) as Eaton won another Olympic gold at the Rio 2016 Olympics!

For more on Ashton Eaton and his fellow Olympian/wife, Brianne Theisen, click here!