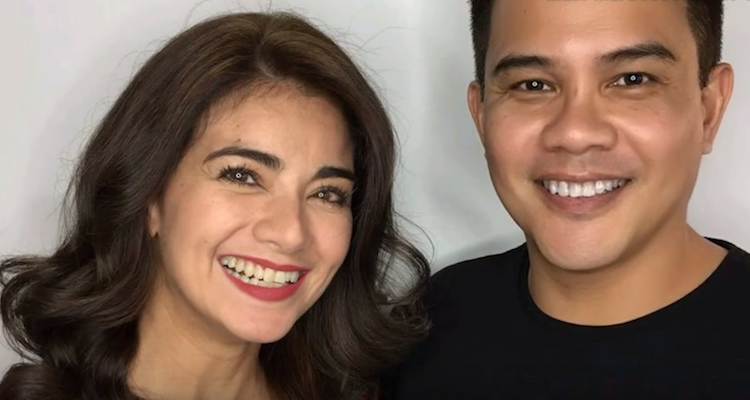 Isabel Granada‘s husband spoke out about his wife’s condition and her fans want to know how she’s doing. Who is Isabel Granada married to? Keep reading for more information on Arnel Cowley and Isabel Granada’s marriage.

Who is Isabel Granada Married To?

Judging by his Instagram account —”arnel1973,” which is privately set — Arnel Cowley’s age is 44. He has own his own multi-level marketing company, Star Net, of which his wife was also the marketing director.

“Happy Anniversary .. Yeehee .. Baby you know in our Hearts .. That even if we get really busy ..our love never will it fade . I love you very much baby..#[email protected] Te quiero con todo mi Alma .thank You for The Love.. Thank you for Loving me and who i love .. What a Blessed Way to Celebrate it.. A Memorable Trip to Doha Qatar with our Pure Love for each other .. With God’s Love in the center .. Nothing can go Wrong…[sic]”

While Arnel Cowley’s pics can’t be seen on his own Instagram page, fans of his wife can find photos of him on her Instagram page instead. The two are always seen together and take many trips together all over the world.

Granada was married before, to Geryk Genasky Aguas, a councilor in the Philippines. They got married after her father’s death in 1995, and also share a son, Hubert Thomas Jericho Granada Aguas. Reportedly, Granada’s mother didn’t approve and as a result, didn’t attend the wedding.

However, reports say she reconciled with her daughter before Hubert was born. The couple enjoyed playing badminton and Geryk’s family put together amateur badminton tournaments, in which Granada would play. Their marriage eventually ended in divorce and it’s unknown if they have joint custody over their son.

He Spoke about His Wife

Cowley released a statement on Wednesday via his wife’s friend, Chuckie Dreyfus, which gave an update on the actress’ condition.

The statement reads: “To all family and friends, please pray for my wife Isabel Granada who is in ICU at Doha Qatar in a critical condition. She suffered from a brain hemorrhage which indicates aneurism and in turn affected her heart. She collapsed suddenly without warning yesterday afternoon and is still not responding.”

He added: “I have released this statement to end inaccurate speculations during this hard time for myself and the rest of the family and I would also like to thank the people that’s supporting me here in Doha.”

At this time, Granada is still in a coma and her family and friends continue for her fans to pray for a speedy recovery.