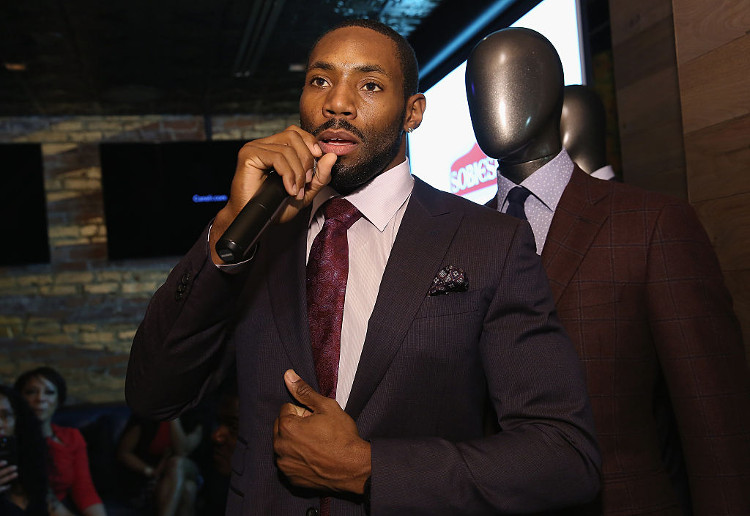 Antonio Cromartie was a star football player and track and field athlete during both his high school and college days. In the end, he chose to make football his career and played for several big-name teams like the San Diego Chargers and New York Jets. Cromartie has a net worth estimated at $10.0 million but is under pressure to provide for the 14 children that he has from eight different women, including six kids with his wife Terricka Cason. These days, he is busy working on the reality show The Cromarties, where he appears with his wife and gets to showcase his parenting skills.

Even though Antonio Cromartie was proficient in several sports, like running in track events, 110-meter hurdles, triple jump, and 100-meter relay racing, he chose to pursue football as his career.

Cromartie is a former American football quarterback who has played for several NFL teams, including the San Diego Chargers, Arizona Cardinals, New York Jets, and the Indianapolis Colts.

Though he’s played for almost a decade in the NFL, Antonio Cromartie’s net worth in 2018 is estimated to be a modest $10.0 million. Why? One reason could be due to the fact that he has produced an extremely large family, and child support doesn’t come cheap (especially when you have 14 kids to pay for)!

Cromartie Was Named “Defensive Player of the Year” by USA Today

Born on May 17, 1984, in Tallahassee, Florida to his Haitian-American parents, Antonio Cromartie’s age is 34. Cromartie took to playing football at a young age and excelled in the sport at his school, Tallahassee High School. He was even named the defensive player of the year by USA Today in 2002. He also participated in the 2003 U.S. Army All-American Bowl.

He Enrolled into Florida State University on an Athletic Scholarship

After graduating from his high school, Cromartie decided that he wanted to enroll in a college close to home.

So, he enrolled at the Florida State University on an athletic scholarship offer and played for their football team from 2003 to 2004. He also took part in track and field events like the 200-meter  and 400-meter and performed admirably.

Though Cromartie performed very well in his first two seasons with the Chargers, the remaining three seasons left much to be desired. The fact that he had to sit out of play due to a hip injury didn’t help matters, either.

After playing for a year with the New York Jets, Cromartie was re-signed by the Jets to a four-year, $32.0 million contract on August 1, 2011.

After playing for the Jets for several seasons, Cromartie signed a single-year, $3.25 million contract with the Arizona Cardinals on March 19, 2014.

He was released on February 22, 2016, after just one season. He then signed a one-year contract with the Indianapolis Colts on August 22, 2016.

Unfortunately, on October 4, 2016, he was released after playing just four games. Some people had speculated that his release was prompted by his actions in 2016 when he knelt down in protest of police brutality and racial oppression when the U.S. national anthem played. At least that’s what his wife Terricka Cromartie believes.

After having spent the entire 2017 season out of football, Cromartie officially announced his retirement from football on March 5, 2018. The last time Cromartie earned a big paycheck was in 2015 when his guaranteed salary was $7.0 million.

Cromartie earned big money over the years, and clearly, he has been spending it as well. People know he has a big family and often ask, “How many kids does Antonio Cromartie have?” Cromartie has a total of 14 children, including six with his wife Terricka. The remaining eight children Cromartie has have been with seven different women.

So, how did Cromartie end up with so many baby mamas? According to reports, he seduced, impregnated, and left behind a string of women across the country. His baby mamas include his high school sweetheart from Tallahassee, Florida, a corporate lawyer, and a former Miss Black North Carolina, as well.

Happy Birthday to my babies. You guys are growing up too fast. Daddy love you guys so much. @jadorenayvi you are my little ball of life who keeps me on my toes at all times but I wouldn’t want any other way. @jynxrevell my little lover boy. No matter what is going on life the hugs and kisses you give us makes everything not a big deal anymore. Continue to love the way you do son. I love you and Happy Birthday #thecromartietwins

What’s more, several of these women have taken Cromartie to court over child custody and financial issues. A woman from Houston, Texas (who bore two of Cromartie’s daughters) has demanded a bigger monthly child-support payment.

Other women he fathered kids from have also complained that he spends very little time with his children. One of them told the media, “These kids have to Google to find out about their dad.”

In fact, back in 2017, Cromartie pleaded for mercy with a judge saying that he could barely afford to take care of his 14 kids financially.

He said that the $17,000 per month that he was paying in child support was bleeding his bank accounts dry. He went to court asking for a reduction in child support to Rosemita Pierre, the mother of his first child Alonzo.

He claimed that he was paying $4,000 a month when he was still playing football, but now that his football playing days are over, he could not afford the same.

He’s Got His Own Reality Show, The Cromarties

But Cromartie has a new light in his life now and it is in the form of a reality show called “The Cromarties,” on which he has been appearing with his wife since late 2017. 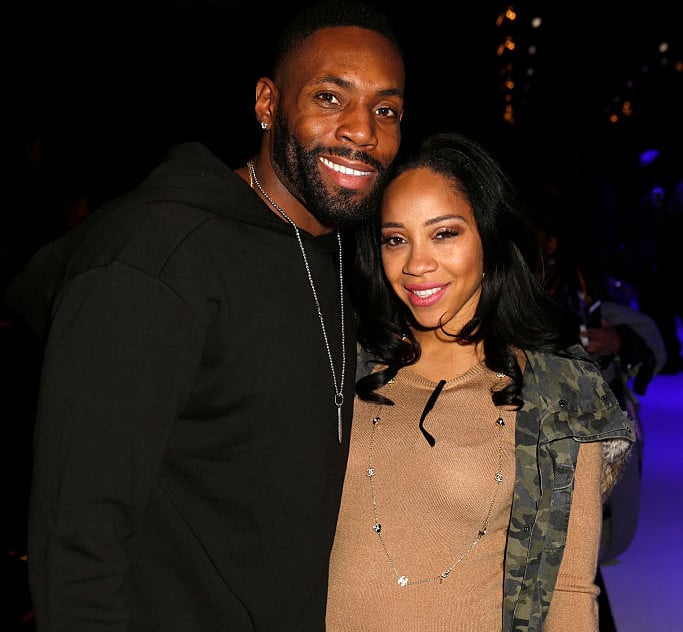 The Cromarties is a comedic half-hour docu-series that chronicles him and his wife Terricka, as they struggle with the monumental task of raising a blended family of six kids; Jordynn (the “Big Sister”), Jurzie (Lil’ Miss Know-It-All), Jagger (the “Wild Child”), and toddler twins Jynx and J’Adore.

When the show began airing, Terricka was pregnant with their sixth child, and the two were getting ready for a home birth—a new experience for them both!

There is no rule book to parenting and viewers are treated to a hilarious show where the couple makes up their own rules while learning to parent together.

Viewers get to see Cromartie in a whole new light as he trades in his football pads for a diaper bag while learning the ins and outs of “Daddy duty.”

Thanks to his indiscriminate spending and the money he has to pay for the upkeep of his 14 children, Cromartie has had to make some tough financial decisions.

That is why, in March of this year, he put his 9,650-square-foot mansion in New Jersey up for sale for the asking price of $1.7 million.

It is the same house that was featured in the first season of The Cromarties, so if you’ve seen the show, you may have gotten the chance to check out the uber-luxurious digs!

The house boasts of three acres of secluded land, 20-rooms (including five bedrooms and six bathrooms), a private gated driveway, a grand foyer with a marble ceiling, a marble fireplace, custom built-in cabinetry, a renovated kitchen, and a breakfast room that offers breathtaking mountain views.

The mansion’s lower level has a large wine cellar, a dance studio, an entertainment room, and a playroom, while the backyard has a patio, a giant kids’ playground, and a koi pond. Saying goodbye to the Cromartie house may have been tough on the kids, as this was the house they grew up in for past few years.

Cromartie’s Looking at a Life Full of Responsibility

Currently, Cromartie is focusing on raising his family and paying for the support of his eight other children, whom he barely gets to meet. He is also busy working on his show The Cromarties, which is a significant source of income for him these days.

According to reports, he is also planning to return to college so that he can complete his degree and become a coach. With a ton of responsibility on his shoulders, Cromartie is a serious man these days—and with good reason.

Antonio Cromartie’s Estimated Net Worth Compared to Other Football Players