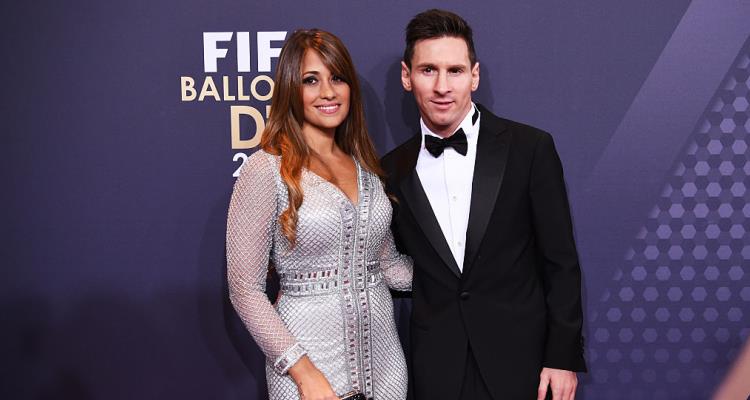 Roccuzzo, 29, grew up with Messi, 30, in their home town of Rosario, Argentina and have been together ever since. They met when she was 5 years old and she is the cousin of his best friend, Lucas Scaglia, who also became a professional soccer player. The two were separated when Messi (who is known locally as Leo) got an offer to play for Barcelona at just 13 years old, on the condition that they paid for his growth hormone deficiency treatments. In the beginning, they kept their relationship a secret, but their love story has come full circle now that they are getting married more than 20 years later.

Back home in Argentina, fans and media of the soccer star—who’s arguably the best player in the world—are calling the event the wedding of the year. Some are even calling it the wedding of the century! Did you hear that, Will and Kate? The guest list is estimated to be 250 people in attendance, including Colombian singer Shakira —who’s husband is Barcelona teammate, Gerard Pique. There’s no word on whether or not Shakira will sing a song to the happy couple and guests, but you never know! And according to Daily Mail, Xavi, Cesc Fabregas, Sergio Busquets, Jordi Alba, Samuel Eto’o and Carles Puyol have already touched down in Argentina for the big day.

Around 155 journalists have been given media passes to the wedding, which is rumored to be taking place at the City Center Rosario on June 30. They have access to a media section for photos and possible interviews (if the couple have time), but aren’t allowed to the actual wedding ceremony or main parts of the venue. Extra security has also been hired for the family’s safety. The wedding itself will be televised (at 7:00 p.m. EST) for fans around the city to watch Messi take the plunge.

In the end, Messi was more than happy to get married in the place he spent his childhood and met the love of his life.

“It’s no surprise that he is coming back here to get married,” one of the wedding guests, Messi’s old school friend Diego Vallejos, said.

“He is an ordinary person who just wants to be near his family and friends. He is a humble person. Money has not changed his personality.”

For those looking to see more, including Antonella Roccuzzo’s hot pics, then head over to her Instagram account! She has stated that she doesn’t have Facebook or Twitter, which means no luck for Antonella Roccuzzo’s Snapchat. She normally posts photos of her family, including their sons: Thiago, age 4, and Mateo, age 1. Not to mention all of their other happy memories! We wish the happy couple nothing but the best on their big day!