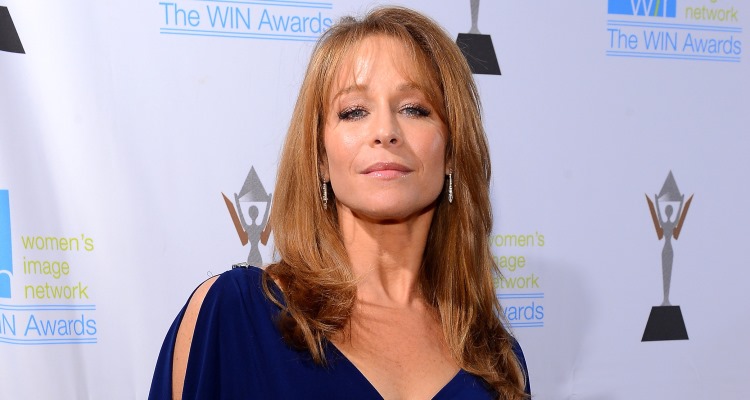 Stars may have stopped wearing black but that doesn’t mean the accusations stopped along with them. Now, Melrose Place alum Jamie Luner, 46, has been accused of sexually assaulting a man, who was a minor at the time. Who is Jamie Luner’s accuser? Read on for the details.

His name is Anthony Oliver and since the news of his allegations broke, many are curious to know exactly who he is. So, who is Anthony Oliver? It’s a tough question to answer since he’s not a public figure and few details about him are known. People have been searching the corners of the Internet for anything they can find on him, but there isn’t much to go on. While the #MeToo movement isn’t as popular as it used to be, that doesn’t mean it’s over. Oliver’s accusation comes on the heels of this major issue in Hollywood.

Who Is Anthony Oliver?

According to public court documents, the accuser’s full name is Anthony Allen Oliver and his age is 36. His family is unknown and there doesn’t look to be any credible information out there about who they are and where he came from. However, it is believed that he resides in Los Angeles, where he filed his lawsuit. There’s also no trace of his social media accounts, which makes it harder to find pics of him.

According to TMZ, Oliver is suing Luner for $250.0 million for allegedly performing oral sex on him when he was 16 and she was 26. Oliver claims he was at a party with the Melrose Place and Savannah alum in 1998, when the night in question took place.

Oliver claims the actress seduced him at a house party she threw at her home, after they drank and talked for three hours. He also alleged that she pulled out a plastic bag of crystal meth, to which he declined.

Then, Luner’s male makeup artist who was at the party, told Luner to go to her room and put on her “kitty cat outfit.” At that point, she began licking Oliver and taking off his pants.

Oliver claimed that Luner gave him oral sex and then took his penis out of her mouth and placed it in the male makeup artist’s mouth. He said he then had sex with the actress many times. Not only that, Oliver’s brother was also there and left the party, only to return and film his brother having sex with Luner!

Oliver blames that night on his drinking problem and for “messing up his whole life.” The lawsuit says he left not knowing if he was attracted to men, women or both.

The lawsuit also claimed that multiple young men came forward to the LAPD, claiming that Luner had sexually assaulted them. Two of them accused her of drug-induced sex.

Oliver is suing Luner for emotional distress and battery, but Luner’s rep has denied the sexual misconduct allegations.

“All of these allegations are completely unfounded and we believe part of a targeted extortion scheme.” Luner’s rep also claimed that “Anthony Oliver has a history of filing lawsuits, and has filed 27 federal lawsuits in the past 8 years.”

While it’s unclear what happened that night in 1998, Oliver’s paper trail of lawsuits raises a few red flags.

In fact, WSAV investigated Oliver for his record of lawsuits within such a short span of time. According to the investigation, Oliver has filed lawsuits in both Georgia and California. A list of his suits include T-Mobile, the California Highway Patrol, and the California Department of Corrections.

When asked about how many lawsuits he’s been responsible for filing, Oliver answered “three.” He denied that the actual number was much higher.