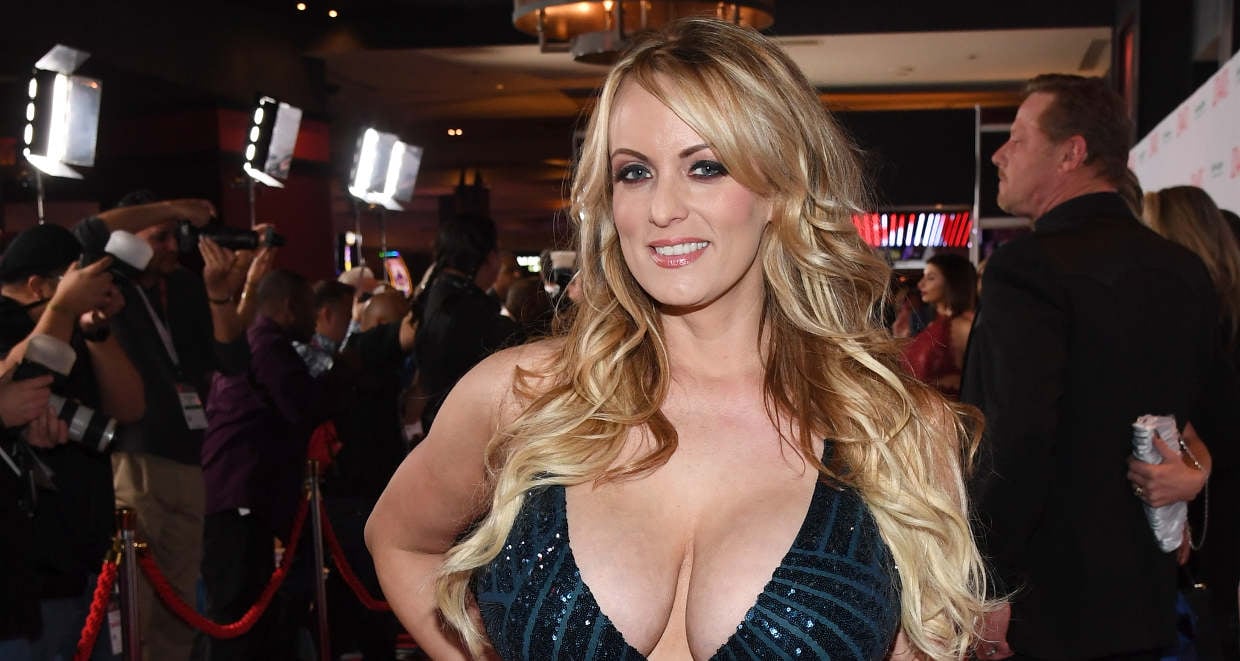 Many people watched adult film star, Stormy Daniels on 60 Minutes on March 25, 2018, and it had people questioning what kind of state she was in. They couldn’t help but notice Stormy Daniels’ dilated pupils, and now social media is abuzz with people alleging that she was high on medication/drugs while giving her interview. Get the scoop on what the chaos is all about!

All hell broke loose on social media after people watched the interview of Stormy Daniels on 60 Minutes on Sunday, March 25, 2018, on CBS. She spoke to reporter Anderson Cooper about her brief alleged affair with Donald Trump, which happened in 2006 soon after meeting him at a celebrity golf tournament in Lake Tahoe, Sierra Nevada.

Stormy Daniels, whose real name is Stephanie Clifford, spoke to Cooper in a long-awaited chat. She made it clear for the first time on camera that she had a brief affair with Trump around the time his wife, Melania Trump, had just given birth to their son, Barron.

Was Stormy Daniels on Drugs?

While people listened to everything she said, they couldn’t help but notice that Daniels’ pupils were more dilated than usual. And now they are wondering what the reason for that might be.

Within minutes, social media was abuzz with accusations that Daniels was on drugs when she did the highly-anticipated interview with Cooper. It had people thinking about the causes of dilated pupils.

So, What Causes Dilated Pupils?

Dilation or widening of the pupils happens in conditions of low light so that more light reaches the retina.

The dilation of pupils is known as “mydriasis,” and it could happen due to a variety of reasons. Specific medications called “mydiatrics” can be administered to dilate the pupils for an ophthalmologic examination.

If the pupils are dilated due to some abnormal response, they may remain dilated even in the presence of a strong light or sunlight.

An injury to the brain or the intake of certain drugs could also be a reason for a person’s dilated pupils. Both medications and drug abuse could be reasons for the dilation of pupils in a person.

Could It Be Medication Drugs?

Right now, people are only speculating about it. Some people are denying that her pupils were dilated at all, while others are saying that it is the result of being high on medication drugs.

Daniels herself has not spoken about the matter yet.

Many people have taken to Twitter to slam Daniels, accusing her of being on drugs while giving the interview.

The interview itself was pretty salacious with Daniels giving juicy details of her alleged sexual encounter with Trump in 2006.

Dilated pupils or not, people were hanging on to every word that Stormy Daniels said in the 60 Minutes interview as the details are quite shocking. Check out a clip of the interview below.