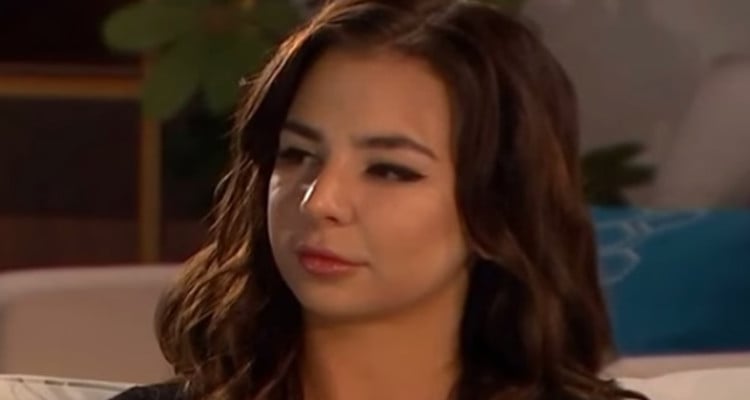 On TLC’s 90 Day Fiancé, we learned that Jorge Nava, an America citizen, contacted Russian beauty, Anfisa Arkhipchenk through Facebook. He apparently saw her sexy pics and instantly fell in love with her. If you have been following Anfisa and Jorge’s story, you will know all about her plastic surgeries, and how Jorge has “verbally attacked her,” saying that she changed after he paid for her breast implants. Is Anfisa a stripper? Find out what she does for a living and more about the Russian beauty, right here.

When it comes to the couples on 90 Day Fiancé, one of the most talked about are Anfisa and Jorge. As soon as fans saw their relationship on the reality show, many have speculated that she is only with him for his money.

In a tell-all special, another one of the show’s alums, Loren Brovarnik, asked Anfisa if she would leave Jorge if someone else with more money came along. Things did not go down well after Anfisa said it depended on how that man treated her. Though some felt that Loren was too harsh on Anfisa during the special, others saw it as proof that she is only with Jorge for his money.

Also Read: Anfisa Arkhipchenko’s Job: What Does Anfisa from “90 Day Fiancé” Do for a Living?

Anfisa repeatedly speaks about how broke Jorge is, and complains that he can’t provide a roof over her head. Her expectations made many wonder what Anfisa does for a living. And, with videos now circulating on adult websites, some want Jorge to confirm the rumors that he first saw her on a cam site, not social media. The webcam shots of Anfisa’s nude body make it seem like she is in some type of racy video—and that led people to believe that she is a stripper.

Anfisa came to the U.S. looking for someone who could provide for her. And now that she knows Jorge is not able to do that, she might be trying to earn some money of her own. After confirming that she had botox and lip fillers, some want to know if Jorge paid for them (as he did other cosmetic surgeries), or if she found a way to pay for them herself.

In one episode, while Anfisa was getting her makeup done for a modeling shoot, Jorge said he was supportive of what she wanted to do. However, when he learned that other men were trying to take Anfisa out to dinner and interact with her, he quickly changed his tune. Her enticing lingerie photoshoot did not sit well with Jorge, causing even more trouble to brew between them.

Anfisa announced on Instagram that the couple signed with DWE Talent Management, so it looks like she will be a model after all! It was reported that she is an aspiring Playboy model and that her TV stint helped bolster her resumé.

The 90 Day Fiancé franchise has put her in the spotlight both with fans of the series as well as talent scouts and modeling agents who also have their eyes on her!

Anfisa’s Instagram posts showcase the Russian beauty, and has very few pictures of Jorge. By the looks of it, she is going to enjoy being a model, if she goes through with it as planned! For now, here are some of Anfisa’s best Instagram pics. If there’s one thing she’s good at, it’s seducing the camera!

A Little Sun Never Hurt Anyone!

Heating Up Even the Hottest of Days!