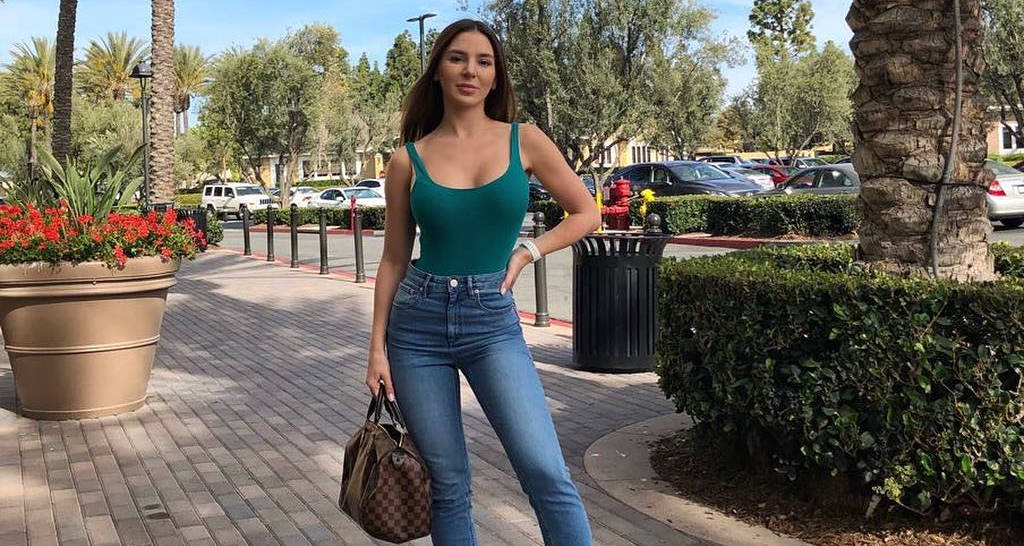 Anfisa Arkhipchenko and her man, Jorge Nava, are known as the most volatile couple on TLC’s 90 Day Fiancé. People are asking what Anfisa from 90 Day Fiancé does for a living, especially now that a purported webcam stripper video of Anfisa is circulating on the Internet.

Anfisa Arkhipchenko earned many titles during her reality TV career, from Russian mail order bride to a gold digger. In an episode of 90 Day Fiancé: Happily Ever After, her on-and-off fiancé, Jorge Nava, called her out for abuse.

The entire cast of the TLC reality series nudged Nava to take a stand. There’s a lot of speculation about the couple and whether or not Anfisa is with him only for his money. Or, does she make her own money? Find out what Anfisa Arkhipchenko’s job is right here.

The 27-year-old Jorge fell for the gorgeous Anfisa from Moscow, Russia, in 90 Day Fiancé season 4. Their whirlwind romance was marred by Anfisa’s demanding ways and Jorge’s lies about his apparent riches. They constantly break up and reconcile, but nothing has convinced viewers that this couple will last.

Although the show hasn’t shed Anfisa in a bad light, she has been accused of being a gold digger on social media. Jorge, on the other hand, isn’t as rich as he claimed, and is in fact, in a lot of debt.

Their strained relationship and the news of Jorge’s true financial situation have caused Anfisa to lose her cool more than once. And, she hit Jorge more than twice on camera—a fact that caused fellow cast member, Paola Mayfield, to shade her in 90 Day Fiancé: Happily Ever After.

In last night’s (September 10) episode of 90 Day Fiancé: Happily Ever After, Jorge’s sister, Lourdes confronts Anfisa about her intentions with Jorge. Anfisa accuses her fiancé of painting a poor picture of her to his family when he was the one who first lied to her about his dwindling finances.

But Jorge attributes his family’s attitude towards Anfisa to her cold behavior towards him. He even agrees with his sister’s assumptions that Anfisa would sleep with any man for money.

Scandalizing Video and the Truth

After last night’s explosive tirade between Jorge and Anfisa, Jorge threatened to tell the truth. He will reveal his secret about Anfisa next week. And we speculate that the Internet video has to do with Anfisa’s job.

Anfisa allegedly has a stripping video on a pornographic site, which first caught Jorge’s attention. There’s no way to verify the authenticity of the video or whether it really is Anfisa. But it seems to fuel Loren and Paola’s accusations when they turn Jorge against Anfisa.

What Does Anfisa Do for a Living?

Loren asked Anfisa if a man richer than Jorge came along, would she jump at the chance to be with him. Anfisa was brutally honest saying, “It depends on how that other man treats me.” For avid viewers of the show who don’t have a high opinion of Anfisa, this statement makes her look like a gold digger.

Although Jorge didn’t exactly say he was rich, he faked having a lot of money. But, he is also a convicted felon with no place of his own, a lot of debt, and can’t afford an engagement ring.

Loren lost it after hearing Anfisa’s answer and told her to get a job. However, Anfisa said she would have worked if Jorge didn’t insist she stay at home and let him take care of her.

Anfisa’s job in Russia or when she arrived in the U.S. is unknown. But it looks like her reality TV stint helped her career. This aspiring Playboy model announced she recently signed with a talent agency, DWE Talent Management. So, it looks like she’ll be having more gigs soon.

And as for Jorge, it looks like he might be following her, too. They separated at the end of season 4 and were hostile towards each other during the tell-all pre-recorded special.

But judging from Anfisa’s latest Instagram posts, these two have reconciled again, and he signed with DWE, too! She announced through her Instagram account that she and Jorge joined David Weintraub’s agency. So, it looks like Jorge and Anfisa are trying to turn their financial woes around together.

Also Watch: Anfisa Arkhipchenko Instagram: 10 of Her Hottest Pics to Turn Up the Heat!