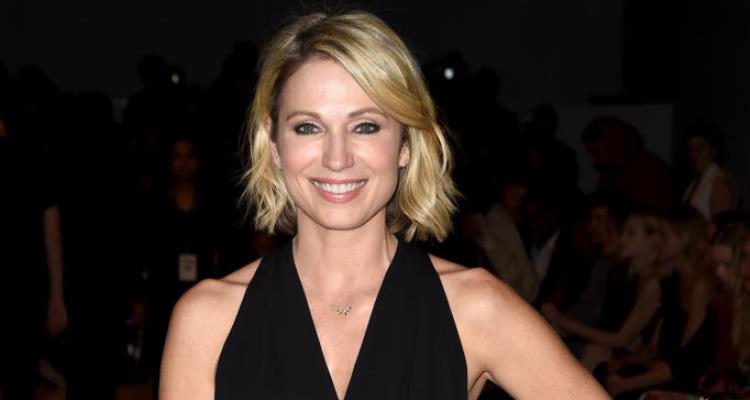 Where is Amy Robach today? What happened to Amy Robach? Some fans of the morning anchor have been asking about her lately and are wondering when she will be back. If you want to know where Amy Robach is now, then we have just what you need to know.

Who is Amy Robach?

Amy Robach’s Good Morning America career started in March 2014 and she’s covered major events both at home and around the world. Whether it’s terrorist bombings, mass shootings, presidential elections, or celebrity interviews, Robach has done it all. She’s been married to original Melrose Place alum Andrew Shue since 2010, and they live in new York City with their two children, Ava and Annie.

According to her ABC profile, “Robach worked at NBC News from 2003 to 2012. In 2007, Robach was the co-anchor of Saturday TODAY and an NBC News National Correspondent. During that time, she also filled in as Weekday TODAY co-anchor, Weekday Newsreader and anchor for NBC Nightly News with Brian Williams. Prior to that, Robach was an anchor for MSNBC from 2003-2007.”

Is Amy Robach Still on GMA?

It’s not uncommon for viewers to be concerned about their daily TV hosts and some can even sound over-invested. But many have noticed that Robach isn’t on TV as much as she used to and want to know more.

In an October post, one Facebook comment read, “Amy, what is GMA doing to you, I’m saddened to see your not on very much anymore, since Michael came on to this show you have been left out, putting you outside the other day, I know your doing interviews but your being thrown under the bus, don’t think people don’t notice we do, your the most beautiful person on there along with Ginger, I hope things get better, love you and stay strong. [sic]”

Another comment read, “I watch you every morning while I am on the treadmill and you look fantastic! More importantly, you are smart, confident, and articulate. Keep it up…you are an inspiration to all of the young ladies out there!”

No, she’s not sick; she’s very much alive and well. There’s no official statement from her or Good Morning America, so it’s possible she’s just filling in here and there on a temporary basis. If you want to know more about what she has been up to, then head over to her personal Instagram account and find out. There, you will get the latest pics and stay up to date with what she’s up to. You can also check out her Twitter account and get her latest updates and thought, in real time. As a breast cancer survivor, Robach has learned to take her time with her health and not waste a minute of her day. It’s possible that she’s taking some time off, much like Fox anchor, Ines Rosales.