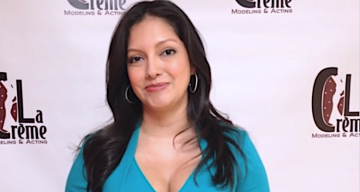 What happened to Ines Rosales? Where is Ines Rosales now? The on-air traffic reporter hasn’t been seen on TV lately and her fans have been wondering where she could be. With the snow covering the city, New Yorkers are wondering where their reliable traffic correspondent is this winter!

Who Is Ines Rosales?

Ines Rosales’ age is 34 and, in case you didn’t already know, she’s the traffic correspondent for Good Day New York. Ines Rosales’ Fox 5 career started in April 2007 as she replaced Stacy-Ann Gooden, who left to work at the news network RNN. Rosales auditioned for the job as soon as she heard a spot was open and was added to the full-time staff.

“It was a little tough, trying to get into the groove of things,” she told the Daily News. “It was hard, but at the same time exciting.”

Rosales is a New Jersey native who works alongside meteorologist Mike Woods, and originally wanted to work behind the scenes but decided to try her hand in front of the camera. She has enjoyed giving her traffic reports to the city ever since.

So, Where Is Ines Rosales?

It’s not uncommon for viewers to get attached to their anchors after a while, and many have been wondering where Rosales has been all this time. Is Ines Rosales engaged or married? No, but people have been asking other questions and wonder when she will be back.

One Facebook comment read: “I thought you were on a nice vacation. I hope everything is okay. You are missed very much, things at Fox5 are not the same without you. Hope to see you before Christmas. Take good care, and know we all care about you very much.”

Another comment read: “I hope this isn’t a contract thing and that you ARE coming back. I just posted about you on the shows page. I noticed sometimes they say “ in for today Inez” and sometimes they don’t ….. We look for all the clues lol ! [sic]”

As it turns out, Rosales is taking some much needed time off and will be back ass soon as she can!

Great movie and Broadway show A Bronx Tale. With great sayings that you can hang on the wall. @chazzpalminteri always a delight to have one the show. #abronxtale #gdny #belmontave #memoribilia

“Taking a few weeks off for personal reason. Hope to be back very soon. Thank you for asking,” said Rosales on her Facebook account.

Fans were relieved that she was alright and were sympathetic and supportive of her decision, saying, “You have been getting up at an ungodly hour for about 10 years or so and providing your viewers with valuable info every morning. You are entirely welcome to take a break. Please take all the time you need. We will be here to welcome you when you come back.”

If you want to see what Rosales is doing with her time off, then head over to her personal Instagram account. She’s not one to shy away from what she loves doing and share how she spends her day. People were also posting their questions about where she was and how they weren’t seeing her anymore directly on some of her photos! When someone (even someone you don’t know personally) becomes part of your routine, it’s natural to ask about their absence, especially if it impacts your commute.

At least now fans know where Rosales is for sure, and just have to patiently wait until she comes back!