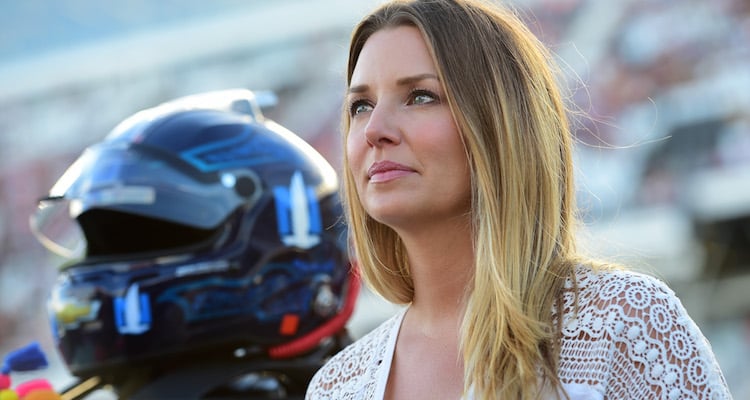 It looks like congratulations are in order for Dale Earnhardt Jr. and Amy Reimann! Why? It’s because Amy Reimann is pregnant! That’s right—Dale Eearnhardt Jr.’s wife is having her first child with the NASCAR star and they couldn’t be happier! For more details, here’s our Amy Reimann wiki.

Who is Amy Reimann?

Amy Reimann’s age is 35 and she was born on March 25, in Texas to Jeffrey and Anna Reimann.

In 2016, Earnhardt and Reimann got married on New Year’s Eve, having started dating back in 2008. Reimann was part of the interior design crew that was working on Eaernhardt’s house at the time. For their wedding, the ceremony was held at Childress Vineyards in Lexington, North Carolina.

While some might be searching for Amy Reimann’s hot pics on her social media feeds, the only thing Amy Reimann’s Instagram account will be focused on is babies! The 35-year-old and the 43-year-old NASCAR driver are expecting their first child together.

“Excited to share the wonderful news that @mrsamyearnhardt and I are expecting our first child,” Earnhardt captioned the photo, which featured a pair of baby-sized pink Converse sneakers. “A little girl!!!! We are both thrilled and can’t wait to meet her.”

There’s no word on a due date or possible baby names but we will be watching closely to find out!

I'm really excited to share a special project! We have partnered with my friends @kustomklutch to design a fun Summer bag to benefit @dalejrfoundation ! Check out the link in my bio to get #TheAmyKlutch

On April 25, Earnhardt announced his retirement from racing and that the end of 2017 would be his last season of full-time competition. In over 18 seasons, he’s won 26 cup races and has a reported net worth of $225.0 million! The racing star reflected on his life after racing during a media event at Dover International Speedway last month.

“Amy has been a big influence on my life and changed me as a person in the way I think and see things,” Earnhardt said. “And I think has made me a more compassionate, nicer, thoughtful person and being out of the car as well last year for so much time gave me a whole new perspective on life and what things are important and what things might not be so important.”

He continued: “It will be weird not being a race car driver if I have a daughter or a son, I think about that too, will they even understand what I’m trying to tell them when I try to explain what I did for a living for a long time. Or maybe that doesn’t matter? I don’t know. A lot of things I’m probably thinking about don’t matter when you have a child, but I’m hoping to find out all that stuff here soon.”

Earnhardt also noted that he was excited to spend more time with family and friends and that time off the racetrack won’t make him so frustrated. Now with retirement around the corner, Earnhardt has all the time in the world to help raise his daughter and watch her grow up. With a new Earnhardt-Reimann baby on the way, we expect more news to come —especially the baby’s name!

#Repost @dalejr ? ・・・ Excited to share the wonderful news that @mrsamyearnhardt and I are expecting our first child. A little girl!!!! We are both thrilled and can’t wait to meet her.