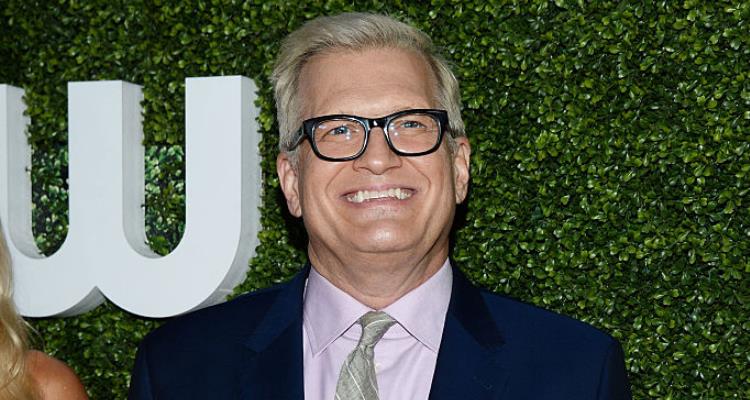 While Valentine’s Day may be a nuisance to singles, it’s probably the best time to be engaged! Just ask Drew Carey’s fiancée, Dr. Amie Harwick! Carey recently popped the question to his longtime girlfriend, but who is she? Many don’t know much about the funnyman’s lady, so we’ve compiled a bit about her. Have a look at our Amie Harwick wiki and get to know her better!

Who Is Amie Harwick?

Amie Harwick’s age is 36 and she’s a licensed marriage and family therapist based in Los Angeles. She wrote The New Sex Bible for Women and, according to her website, she attended California Polytechnic University in Pomona, where she received her degree in psychology. After that, she receiver her Masters degree from Pepperdine University in California, where she focused on clinical and family psychology.

Like most people, Harwick has an Instagram account, where she posts about upcoming projects, her personal life, memes, and more. She has over a thousand followers on her account and that could be expected to grow, especially now that news of her engagement to the Drew Carey Show star has spread!

One of her latest posts explains how to deal with relationship jealousy, described in her YouTube video.

“Check out my new You Tube video on relationship jealousy by clicking on the link in the section up top. This video will discuss the concept of jealousy in relationships and how to deal with it.”

Is Drew Carey married? Not just yet, and though this will be his second engagement, it will be his first marriage. He was previously engaged to Nicole Jaracz, before they ended it in 2012. The 59-year-old Price Is Right host has been dating Harwick since last summer.

Many also took the time to congratulate the happy couple and sent messages to Carey’s Instagram account.

One follower wrote, “So happy for you drew I always loved you good to see you happy please have kids we need more kinder people in this world[sic].”

Another follower said, “Congrats. You have so much love to give. I’m glad you found someone who shares your dreams, wishes and life. Congrats again you two.”

Her Reason for Holiday Breakups

After the holidays (mainly Christmas) people find themselves ready to breakup or get broken up with, in comparison to other couples. In a Refinery article, Harwick was one of a few experts that weighed in on why people don’t end things during the holiday season, despite being unhappy.

“We’re all so concerned about having a ‘good’ breakup,” said Harwick. “But there’s always going to be a reason not to break up, whether it’s a holiday, a birthday, whatever. Waiting for a certain time of year is never going to make the breakup better or worse.”

So, as much as you don’t want to feel like the only one riding solo around the holiday party circuit (which you won’t be), or you can barely face explaining to your extended family that things didn’t work out, it’s better to do it now.

Luckily, Harwick and Carey don’t have that problem and should only be concerned about the final guest list. Congratulations to the happy couple!