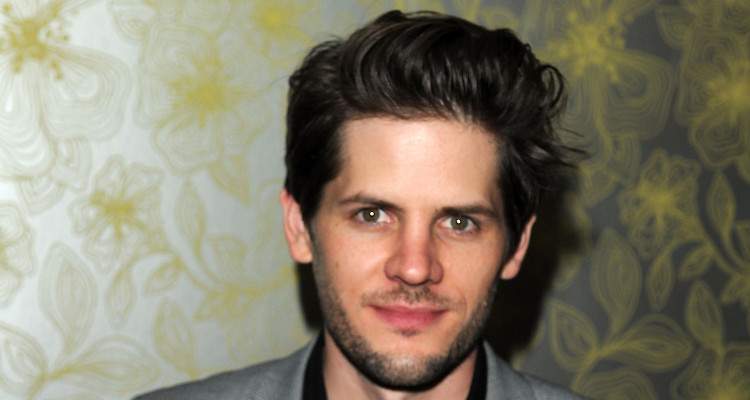 Ryan Piers Williams developed a passion for movies at a young age, and that took him to college where he plunged into learning the details of film making. He met his future wife, America Ferrera while working on the film, Muertas and they have been together ever since. His films earned him awards and critical acclaim, but nothing made him happier than the news that he will soon become a father! With a modest net worth of $2.0 million and a loving wife by his side, Williams is all set to welcome a new baby into his family.

America Ferrera’s husband, Ryan Piers Williams is one happy man right now! Not only is he winning accolades for his cinematic work, his personal life is looking up, as well. That’s because he is going to be a father to a sweet baby that Ferrera will give birth to in 2018. That’s right! Ferrera is equally happy, and on December 31, 2017, she made the joyous announcement that she is expecting. This is Ferrara’s first child with Williams, even though the couple have been together for more than a decade. Naturally, people are curious to know more about the father-to-be, so we’ve got some details from Ryan Piers Williams’ wiki.

A Passion for Cinema

Born on May 13, 1981, in El Paso, Texas, Ryan Piers Williams’ age is 36. He is an actor, director, and writer who is considered to be one of the brightest emerging stars in independent cinema today. Williams studied film at the University of Texas at Austin and made several student short films while there. When it comes to film making, some of Ryan Piers Williams’ movies include Muertas, The Dry Land, and X/Y. He also acted in films like Blues and Tomorrow Comes Today.

It was while working on Muertas that Williams met his future wife, America Ferrera. He cast her in his movie, where she played the important character of Rebecca. Williams and Ferrera started dating in 2005 and spent the next few years working on their careers and relationship. They got engaged in June 2010, and got married on June 27, 2011. Back then, Ferrera told People, “We kind of connected from the get-go on that professional level and that was something that really drew us to each other, a shared passion for what we do and our work.”

A Keen Learner of Film Making

Williams has an interest in all aspects of film making, especially the technical side. He worked as an editorial intern for Tape in 2001 and as a post-production assistant for films like Ocean’s Twelve, Ocean’s Thirteen, and The Good German. He is an activist, as well. Together with Wilmer Valderrama, he founded Harness after the 2016 presidential election. His wife spoke about their organization on Late Night with Seth Meyers in May 2017 and said, “It’s about convening people with front line activists to hear the authentic stories about what’s happening in our most vulnerable communities. Right now, I think we’re all feeling this unprecedented energy – people want to take action and take part, but it’s so overwhelming that you don’t know where to begin.”

Getting Ready for His Baby

Last night we celebrated the 5 year anniversary of @tietheknotorg and all of the incredible work they have done for the LGBTQ community. @justinmikita @kjrutkowski @toddhawk & @jessetyler you inspire me! Thank you @lukefontana for this snazzy photo (hands not included) ✊️?✊️ • Past, 10.12.17

Thanks to his work as an actor, writer, and director, Ryan Piers Williams’ net worth is estimated at a modest $2.0 million, but that amount is sure to grow as he continues to gain success. Right now, he is totally focused on the home front. He has to take care of Ferrera and make preparations for the arrival of their first baby! There is no doubt that he will apply the same intensity and passion to his home life as he has done in his career, and we wish the new dad nothing but the best! (And we know America Ferrera couldn’t be happier to have a more loyal and supportive husband by her side.)