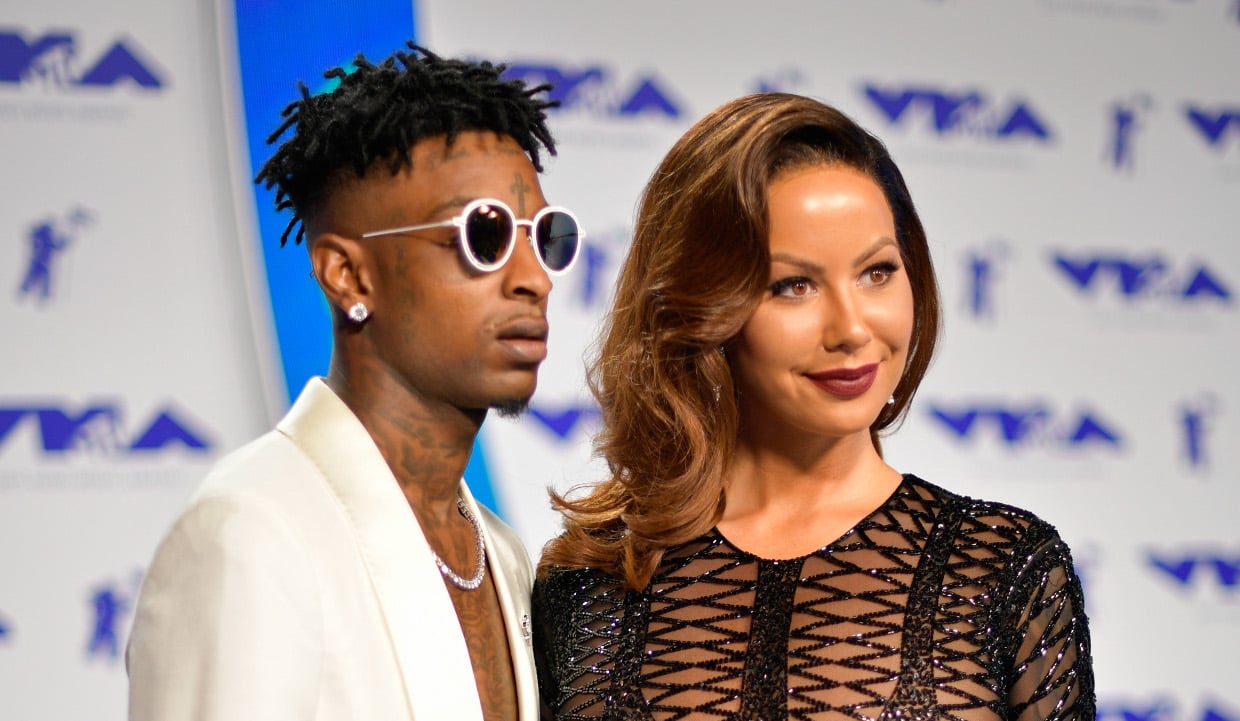 It might come as a shock to many, but according to reports, Amber Rose and 21 Savage have split after almost a year together. While neither party has explicitly mentioned their split anywhere, Rose sure has dropped hints that they are no longer a couple. Rose apparently blames fame and its pressure for their alleged breakup, but it could very well be due to something else. Keep reading to find out!

When Amber Rose and 21 Savage were spotted walking hand-in-hand on February 14, 2018, in Los Angeles, California, nobody could have guessed that the couple would be going their separate ways within a month.

It appears that’s exactly what happened in March 2018. So, why did 21 Savage and Amber break up?

According to sources, Amber Rose and 21 Savage have split from each other and have ended their nearly year-old relationship.

“They are definitely off. They are not together,” a source close to the couple told People.

There were signs of trouble in Amber Rose and 21 Savage’s relationship earlier, as well. The couple “unfollowed” each other on Instagram in early March 2018.

However, neither party has spoken about their supposed split yet. And their representatives haven’t released any statement confirming or denying their rumored split either. Even Rose herself has been ambivalent in her replies to questions asking about her relationship status.

Not Willing to Be Called Single!

Amber Rose was a guest on Big Boy’s Neighborhood radio show on March 23, 2018. She was asked by Big Boy point-blank if she was single.

Rose did not give a simple yes or no reply to this question. However, she said that she wasn’t ready yet to call herself single as she still loved 21 Savage and thought about him every day! Are you confused?

Well, aren’t we all!

People are wondering why the couple split up when things were looking so good for them not so long ago. After all, Rose had joyfully announced their relationship back in July 2017 and got emotional about the rapper, saying that they were “perfect for each other.”

Was Fame the Culprit?

The model and actress had even expressed her desire to marry the rapper and bought him a $50,000 promise ring! So, why did they split in the face of their obvious love?

Rumor has it that Rose felt that it was the fame that came between them. Both Rose and 21 Savage have successful careers and are constantly in the spotlight. Some reports say that the constant media glare on their relationship became too much for them.

Was Age Difference a Factor?

Another reason for their split could very well be Amber Rose and 21 Savage’s age difference. Rose is 34 years old while 21 Savage is just 25, which means there is a sizable age gap of nine years between them.

We all have heard that “age is nothing but a number” but could that be another reason behind their split?

Maybe Amber Rose wants to settle down? After all, she is in her mid-30s whereas 21 Savage is still a very young man. Rose has seen the world a fair bit while 21 Savage might not want to stop living it up just yet.

Rose was previously married to Wiz Khalifa, who is older than Savage (but still younger than Rose). Together, the two had a son, Sebastian Taylor Thomaz. To this day, the two remain great friends despite their divorce, and they continue to co-parent Sebastian together.

They celebrated their son’s fifth birthday with a Suicide Squad-themed party, for which they all dressed in coordinating costumes! It was all kinds of adorable!

Also Read: Amber Rose Hot Pics: These are the Pics that You Need to See!

Going Forward with a Heavy Heart

It’s a sad day when a couple who have been together for a while decide to split, but life still goes on. That’s most likely what is on the minds of Amber Rose and 21 Savage as they pick up the pieces of their lives and try to move forward.

Sorry folks, it looks like another romantic story has had a sad ending.