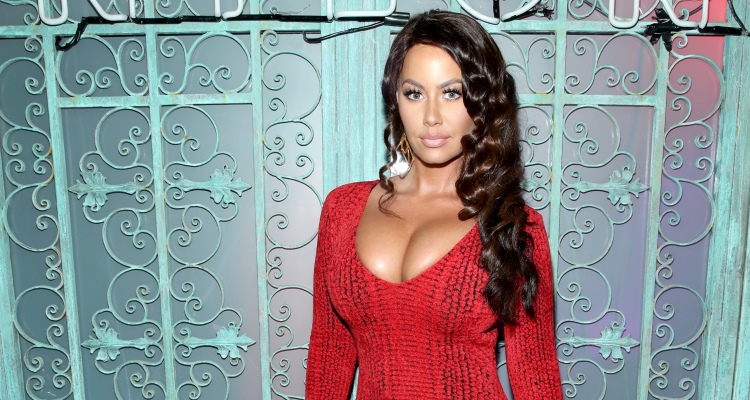 Despite the fact that many people believe Amber Rose is hot, there are still those who love to hate on her! Once again, it looks like someone can’t keep Amber Rose out of their mouth, and this time it’s one of the hosts of Hollywood Unlocked. The radio host and blogger, Jason Lee, spared no one when he began to call the actress-model “fake” and then some! So, if you’re looking for the full story, and a few of Amber Rose’s hot pics, then look no further!

Jason Lee used his show as a platform to get something off his chest and it not only involved Amber Rose, but Karrueche as well! He started with Rose and no one seemed to be able to stop him once he got started, or once he began his anecdote about seeing her at a party.

“She’s a fake b***h,” Lee said. “I never actually hated on her. I’ve been critical of her brand because I don’t know exactly what she’s doing with it. I remember when Amber and Quincy were hanging out… I know they f**ked, and if they press me about it, I will tell you how I know they f**ked.”

His rant on Rose began when he said that Rose had been saying things against him and Hollywood Unlocked, whom he stated was fair and balanced to all of it’s guests. Rose has partnered with the show in the past but Lee got pretty heated when he delved deeper into the topic of Rose and her alleged comments. He also talked about not knowing what her “slut walk” meant and questioned what she has been doing with her brand lately. (Damn, anything else?) Despite the trash talk, he did cap off his rant with how beautiful she is and how sweet her son is. We can’t speak for Rose, but she’s probably not going to take Lee up on his request for her to come on the show!

Amber Rose’s age is only 33, but she’s always found herself at the center of attention and drama. The chaos never stops for most celebrities, especially reality stars. Many also believed that she was dating French Montana, but she has since denied those claims.

“It was just not true,” she said to Radio.com. “He’s like a brother to me. I have a bunch of male friends and it’s just unfortunate that anytime I hang out with a male friend, it’s like she’s f—g him, she’s dating him, it’s always a moment and I’m really just — I have a loving personality.”

It looks like Lee had a lot on his mind, because it wasn’t just Rose the blogger made time to trash talk, but Claws actress, Karrueche, as well! Lee claimed that the star was “afraid” of Hollywood Unlocked (we can only imagine why) and allegedly acted like she didn’t know him. He claimed now that since she’s “made it,” she’ s acting brand new. Harsh words, but is it true?

While we stew on the lengthy Amber Rose rant given by Jason Lee on Hollywood Unlocked, let’s take a look at some of her hottest photos from the official Amber Rose Instagram account!

There’s no shortage of Amber Rose pics online, and she’s not afraid to show her best assets for the camera!

She Puts the “Body” in Bodysuits

Rose is used to people looking up “Amber Rose sexy pics,” and she doesn’t care! The Slut Walk creator and feminist believes in beauty taking all forms and isn’t afraid to express herself.

Can’t Mess with a Blue Dress

Rose always has something on hand from FashionNova and is probably the fashion brand’s best marketing tool!

What? I was just on my way to Starbucks in my @fashionnova dress and decided to strike a pose ?

Look how much fun she’s having in this dress on her way to Starbucks! (Wonder if they got her name right!)

Rose stuns in this red Baotranchi gown at the 2017 MTV Movie and TV Awards in Los Angeles.

Bald or Brunette, the Bar is Set!

Is she even the same girl? ?

Not every woman can rock a shaved head, but Amber Rose has gained fame from her signature bald-headed style, and she rocks it like not other! Can you believe that’s her with hair?!