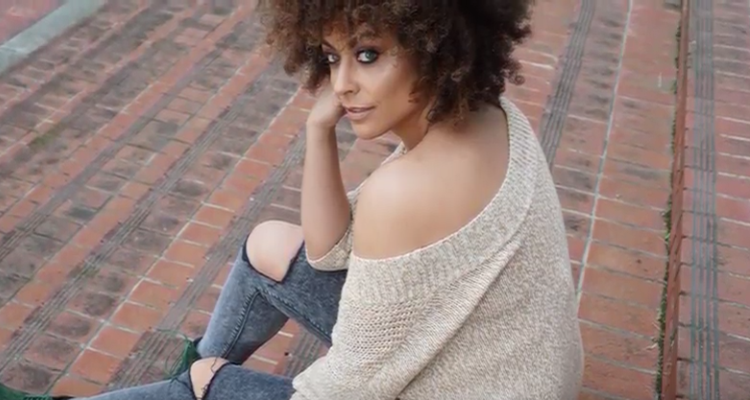 Alicia Jay’s My Giant Life is making headlines and it has to do with her surprising height and her faith. The TLC show is in its third season and with Jay as the newest cast member, she’s now being called “the world’s tallest virgin.” So, get to know her better with our very own Alicia Jay wiki.

Alicia Jay’s race is African-American and if you’re wondering just how tall she is: Alicia Jay’s height is 6’6″! She’s 36 years old and she has a number of jobs on her resume. Jay is a style blogger for Tall Swag (a blog that helps tall women express style and who they are), a model, an actor, and she’s also the operations manager for the Golden State Warriors. She was also bullied because of her height growing up, and was often called a “giant.” She admits she had a negative view of herself until college.

“I went through a lot when I was younger with my height,” she said. “But when I got to college and I saw that there were other tall women, it just snapped within me that I was believing all the lies that these people were telling me.”

“I was very depressed as a teenager and there were times that I do not remember because I was that depressed,” she told Fox News.

Yes, she’s still a virgin and it’s because she was raised by her mother as a devout Christian with firm beliefs.

“From a very young age my mom had us in church, and I’m a Christian. I am a very strong Christian because of the base she gave me when I was younger,” she said.

“In general, it’s really hard to date right now but you add in height and waiting to have sex for marriage and guys run for the hills,” she said. “The virginity thing, I’m just here to say it’s still an option because a lot of people don’t even think it’s an option anymore.”

“I’ve been on some crazy dates which you’ll see a little bit of on the show,” she added.

Our society is good for telling you who you should be but God set you apart. He created you specifically and walking down the path He tailored for you is the best, most beautiful place to be… |FULL POST ON TALLSWAG. LIB| ?: @ashdavphoto #TallSWAG

The Show Changed Her

Jay chose to join the show because she wanted to be able to help others who are being bullied because of their height the way she was. After watching the show, she came to the conclusion that being tall was a good thing.

“The word ‘giant’ was really hard for me to get over because that was one of the words used to bully me as a kid,” Jay told Fox News. “But one day my mom said, ‘You do live a giant life. You live a really giant life and have giant goals.’ I realized the description is actually accurate.”

If you want to share your story with Jay, see what she’s working on, or are just looking to see how she’s doing, then head over to Alicia Jay’s Instagram page, “tallswag.” She already has 17.4k followers and you can get a deeper look into her life and what projects she has coming up. She’s also not afraid to wear heels in any of her pics, despite being so tall already! You go, Girl!

You see young Alicia over Scott's shoulder? She was bullied, did not love herself and didn't know that #God built her for a specific purpose. Today I was blessed to share my story of growth and self-love on @accesshollywood! I'm incredibly grateful to have the opportunity to stand #Tall in my truth on such an amazing show with remarkable people. Thank you so much @kithoover and @iamscottevans for being a part of my path! It will air in your local market later today so please check it out? #TallSWAG