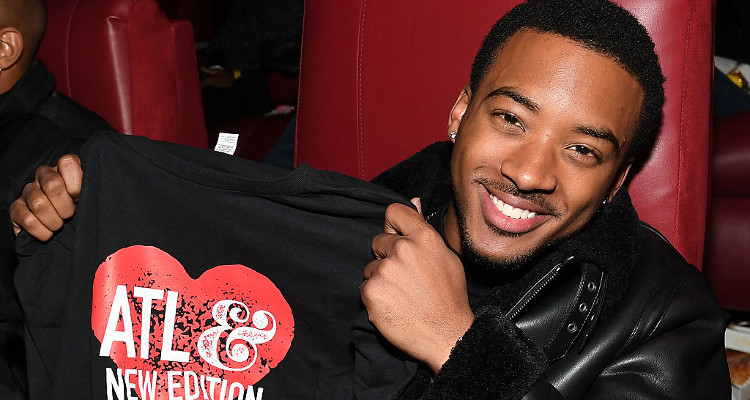 Algee Smith is just 22 years old, but has already made a mark in Hollywood as part of the cast in the eagerly awaited Detroit. Smith first gained prominence for his acting in the biopic The New Edition Story, which aired on BET. He is a singer as well and has released several songs on YouTube, earning him a large following.

Algee Smith is being touted as the next big thing in Hollywood. It may be true, as he is slowly but steadily getting roles that showcase his talent. He was first noticed as Ralph Tresvant in the biopic The New Edition Story, a three-part miniseries about the R&B group New Edition, which aired on BET in January 2017. It traces the journey of New Edition from their start as a boy band in Roxbury, Massachusetts, to their evolution as a successful adult act. While Smith is steadily getting attention in Hollywood as a hot new talent, not much is known about his personal life. People want to know who Algee Smith’s girlfriend is, and we have the details in Algee Smith’s wiki.

Born on November 7, 1994 in Saginaw, Michigan to a minister father, Algee Smith’s age is 22. He is an actor and singer who has made his way into the entertainment industry over the past few years. Smith’s family moved to Atlanta, Georgia when he was seven years old. He showed an aptitude for performing arts from a young age, and recorded his first rap at the age of nine. By the time he was 16, he was already taking part in Radio Disney’s Next Big Thing competition. He then started creating vlogs on YouTube and gained a sizable following. His channel also showcased his music videos and covers of popular songs.

Algee’s big break came when he was offered the role of Da Boss, in the Disney TV movie Let it Shine. What really put him under the spotlight was his acting in The New Edition Story, which introduced him to audiences all across America. Things got better when he was approached by Academy Award winning director Kathryn Bigelow (The Hurt Locker, Zero Dark Thirty) to star in her new film, Detroit. Smith plays a musician in the movie based on the true story of the 1967 Detroit riots. Detroit is scheduled to be released nationwide on July 28, 2017, and has already garnered terrific pre-release publicity.

The Boy Can Sing!

From 2012, Smith appeared in The Infamous, How to Rock, Army Wives, Earth to Echo, Here We Go Again, and Saints & Sinners. That’s not all! In the summer of 2017, he released the official video for his song “Girl.” Other songs that Smith recorded include “Moving,” “Look,” “This Christmas,” and “It Won’t Stop.” There is no information on Algee Smith’s net worth, but it must be a modest amount as he is only 22 years old and has been on the scene for only about six years. However, seeing his star value rise, it would be safe to say that his net worth will only increase as he is young, talented, and has a lot of scope for success.

Have to be Careful

So who will I be seeing at @sobsnyc on Aug 2nd?? #ListenEPLive (Ticket Link in Bio)

There is no information about Algee Smith’s girlfriend, so we can’t confirm his relationship status at the moment. Algee Smith’s Instagram account paints a picture of the young star having fun with his friends, stills of his movies, with The New Edition cast, as well as pictures of the Detroit cast. At 22, Smith has his whole life in front of him. His passion for acting and singing can take him to new heights of success.