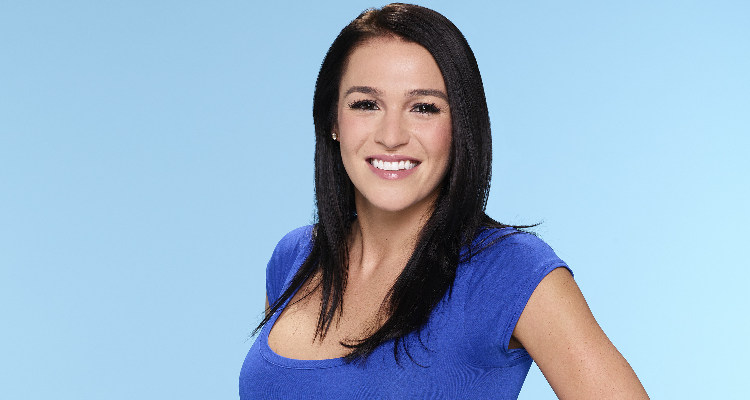 There are 30 beautiful women, including the quirky dolphin lover Alexis Waters, vying for Nick Viall’s heart on season 21 of The Bachelor. Here’s everything you need to know about this Bachelor contestant.

The Bachelor season 21 premiered last night (January 2) and 30 gorgeous ladies were introduced in the competition to win Nick Viall’s heart. This is Viall’s fourth appearance on the dating reality franchise, after losing two seasons of The Bachelorette and not having luck in Bachelor in Paradise. This time, the perennially second-place bachelor gets to decide which lucky lady will get the final rose. Out of the 30 women, one made a splash…somewhat literally. No matter how far she goes, Alexis Waters will go down in Bachelor history as the woman wearing a shark costume, thinking it was a dolphin. She’s certainly got people talking, so we’ve scoured the Internet for information on her and are sharing Alexis Waters’ wiki with you.

The minute Waters arrived on the set of The Bachelor, she started a Twitter debate on whether she dressed up as a shark or dolphin. Spoiler alert, the sharks won.

Waters’ first meeting with Viall was both cute and funny. After much discussing her costume choice, Viall finally burst Waters’ bubble and told her that it was, in fact, a shark costume. She still didn’t believe him, which is a matter of concern. Waters did suggest that she could take off the costume, but Viall jokingly threatened her to send her home if she did.

The costume stayed on for the rest of the night, and even the other girls were taken by the quirky dolphin lover. Some of the girls were getting chummy with Waters and claimed they want to be her friend. Let’s see how long their friendships last as the show progresses.

This Isn’t the First Time She’s Worn a Costume

While all the other ladies were put on their best red dresses, Waters caught the attention of the cast and the rest of America with her outside the box attire. She admitted herself that her outfit was embarrassing, but what was worse is the fact that she mixed up her animals.

Though Alexis stood out from the swarm of red-clad ladies, she was no fish out of water. She looked very at home wearing a pair of stilettos with her costume and holding a cocktail glass with her fin. It was almost like she’s a pro with costumes. Sure enough, Waters admitted that she had once run errands wearing a casual sumo suit. Maybe we’ll see some more costumes as the season progresses!

I felt like Reese Witherspoon in Legally Blonde when they tell her it's a costume party and she shows up as a bunny and nobody else is in a costume…..#Awkward #OneWeekAway #BachelorPremiere #Jan2nd 🐬🌹❤

She’s Much Younger than Nick Viall

Alexis Waters is a 23-year-old from New Jersey who’s trying to win the heart of a man over a decade older than her. But age is just a number, especially to the other 29 ladies and Viall’s boyishly good looks. Waters claims she is caring, romantic, and honest, and hopes these qualities will play a role in developing a relationship with Viall.

The words “adorable” and “funny” don’t even begin to describe this young dolphin-lover from Secaucus. Her lively outgoing personality certainly brings a smile to everyone’s faces.

According to her profile on the ABC web site, Waters would love to be either a dolphin (who would’ve guessed?), a dog because they’re active,  or a mermaid because she’s a fan of The Little Mermaid. She’s also most afraid of E.T., yes, like from the movie. When asked about the things she can’t live about, she mentioned her family, best friend, and dog along with fake eyelashes and teeth whitening strips.

Alexis Waters stated her most embarrassing moment was when her ex-boyfriend said she had a mustache during a New York Giants game. We wonder how appearing on a TV show unknowingly wearing a shark costume ranks?

Waters has two tattoos: an Aries symbol on her wrist and a smile with the rising sun on tattooed on her left hip. Her favorite movies are Good Will Hunting, Titanic, and Tristan and Isolde.

Watch Alexis Waters compete with 29 other ladies for Nick Viall’s heart on The Bachelor season 21, Mondays at 8:00 p.m. on ABC.

Okay, so a dolphin 🐬 doesn't have gills and your costume does, so… 🦈. #TheBachelor pic.twitter.com/Umr9weRvr0