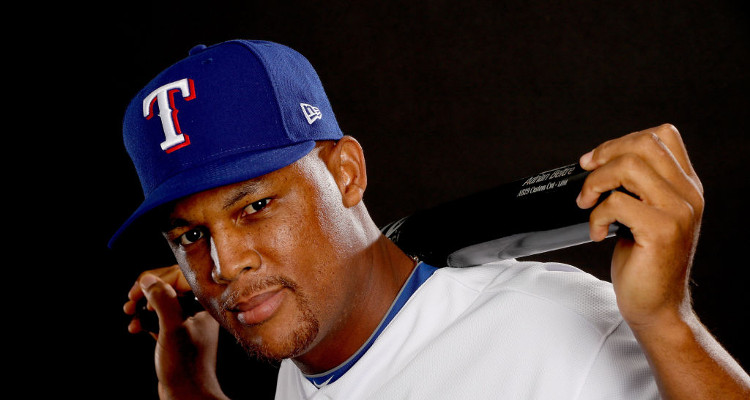 Little is known about baseball player Adrian Beltré’s wife, Sandra Beltré, as she is someone who values her privacy immensely. She is the strength behind Adrian’s exploits on the baseball diamond and the mother of their three children. She loves to buy and sell real estate, and with her husband’s net worth being $65.0 million, money is the least of their worries.

While he has achieved a lot of fame as a professional baseball player, Adrian Beltré‘s wife, Sandra Beltré has opted to stay in the shadows. Adrian Beltré and Sandra Beltré have been married for 14 years and are the proud parents of three adorable children. He is a professional baseball third baseman from the Dominican Republic, who currently plays for the Texas Rangers in the MLB (Major League Baseball). His wife is also Dominican and has been married to Adrian since 2003. Sandra Beltré’s children are Cassandra (born 2003), Adrian Jr. (born 2005), and Canila (born 2010). Adrian’s world revolves around his wife and kids, and he is inspired to go out and play his best in every game.

Sandra Beltré’s family is considered to be very close, and she makes sure that both she and Adrian spend as much time with their children as possible. Since Adrian is usually busy playing and training for his games, it’s Sandra who takes care of their home and kids.

Both Sandra and Adrian Beltré are very interested in real estate, and they own quite a bit of it themselves. They have homes in the Dominican Republic, Dallas, and Pasadena. Their Dallas home is nothing less than spectacular and has five bedrooms, five baths, two half baths, a great kitchen, pool, and spa. Living in luxury is not a problem for this family!

After all, Adrian Beltré’s net worth is a healthy $65.0 million and sure to grow as he continues to give his best in every game he plays. Sandra and her hubby also made a healthy profit when they sold their luxurious estate in Bradbury, California, for $19.8 million in 2010 to be exact!

Sandra Beltré is a very reclusive person and tries to avoid the media as much as possible. However, it’s not so easy for her to do so, as her husband is typically under the spotlight, being the celebrity he is. Sandra Beltré’s Instagram account is private, so it’s not possible to see her pics. However, her description reads, “Loving life immensely, making everyday count. Spiritually intense, purpose driven life, proud mother of 3 & everything in-between.” This pretty much sums up Sandra and her approach to life. Adrian Beltré is definitely a lucky man!