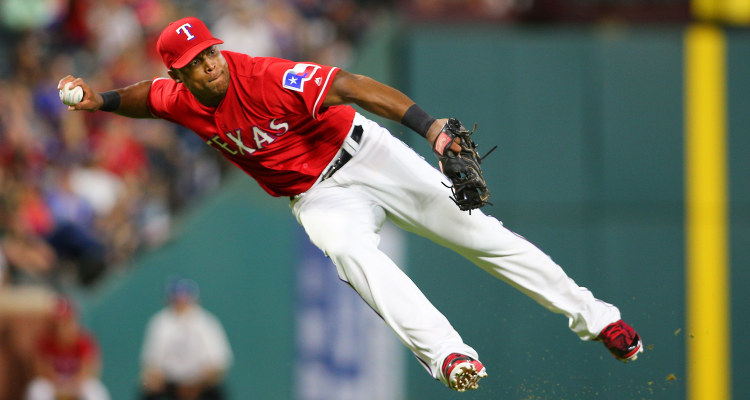 Texas Rangers’ third baseman, Adrian Beltre is preparing for the American League Division Series game against the Toronto Blue Jays tonight! Last year, Beltre injured himself in the start of the ALDS and had to sit out for two games. So, he’s hoping that this year he’ll make up for it, especially since the rivalry between the Rangers and the Jays is so palpable. If you have hit the Internet looking for information about Adrian Beltre, including his wife, salary, and nationality, you have come to the right place. We have all the information on the Texas third baseman, right here.

The professional baseball player from the Dominican Republic has a net worth estimated to be around $65 million! He signed a two-year contract with the Texas Rangers worth $36 million, and right now, he draws an annual average salary of $18 million.

He and His Wife have Three Kids

Adrian and his wife, Sandra have three children. The youngest child was born on October 1, 2010 which made the 37-year-old miss his last weekend series of the regular season. Their first child, Cassandra was born after the 2003 season and their middle child was born following the 2005 season. Adrian and Sandra own several homes in Dallas, Texas and Pasadena, California. He even owns a home in Santo Domingo in the Dominican Republic, the city where he was born. In 2011, the couple sold their palatial Californian estate that sprawled across five acres of land for $19.8 million!

He was the Youngest Player in the National Lague

The L.A. Dodgers signed Beltre as an amateur free agent in 1994, when Beltre was only 15 years old! He was the youngest player signed by a National League team when he made his MLB debut in 1998. After playing for the Seattle Mariners and the Boston Red Sox, the 5 ft. 9 third baseman signed with Texas in 2011. Since then, Beltre has renewed his contract with the Rangers multiple times with subsequent pay hikes. He earned several awards, including four Golden Glove Awards, four Fielding Bible Awards, three Silver Slugger Awards, the Babe Ruth Home Run Award, and he has been named the NL Home Run Champion, as well as a three-time All-Star.

His Hilarious Antics are Always a Crowd Pleaser

Beltre has done some funny things at the games, which is why so many fans simply adore him. The athlete has sometimes gone to great lengths to avoid the post-game Gatorade bath ritual. One time, he even grabbed a broom and pretended to work on the field, to avoid being doused at the hands of his teammates. In another game, he swung the bat so hard that he landed down on his knee and covered up his fall with a yoga-gymnast-dancer pose.

Beltre is greatly involved in humanitarian work. He has contributed to the Dallas Fort-Worth Metroplex, which includes the Texas Rangers Baseball Foundation, Texas Rangers RBI program, the Baseball Tomorrow Fund and the I Love Baseball program, which operates in the Dominican Republic. He has also donated to foundations started by other major League players.