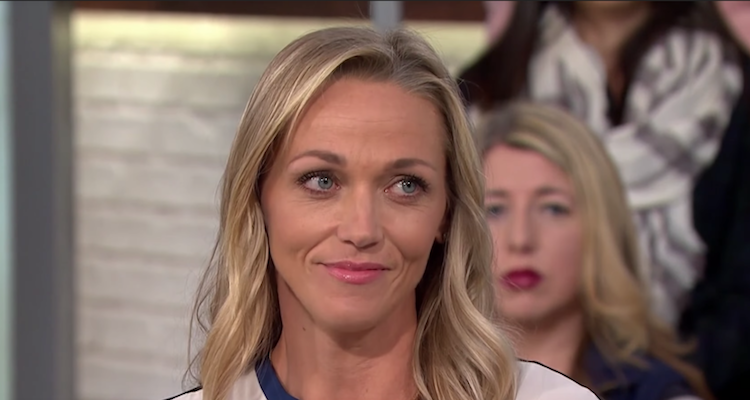 What happened between Addie Zinone and Matt Lauer? The former NBC anchor has been named by multiple women for sexual harassment, and now another has come forward. To learn more about her, have a closer look with our Addie Zinone wiki.

Who is Addie Zinone?

Addie Collins Zinone age is 41, and she was raised in Barrackville, West Virginia. She’s a graduate of Temple University with a degree in broadcast journalism, where she was also inducted into the School of Communications and Theater Hall of Fame, in 2009. Addie Zinone’s husband’s name is Greg and they have been married since 2007. Addie Zinone’s kids are Hudson and Hartley. For Addie Zinone’s pics, you can check online.

She Served in Iraq

After her alleged affair with Lauer (who turns 60 on December 30), Zinone served two tours in Iraq with the U.S. Army as a military journalist. Her first tour was in 2003 and her second was in 2008. In between those times, she worked with Access Hollywood and joined the Today show shortly after graduation, when the affair took place. In her tell-all article with Variety, Zinione said:  “I’m not connecting dots that don’t exist, because it makes my story better. I went and joined the army because I on my own couldn’t deal with the fallout from this brief but intense relationship.”

Zinone was 24 and Lauer was 43 when the alleged affair took place in 2000, lasting a month. Lauer was married to Annette Roque and Zinone admitted to having sex in a bathroom.

“It’s a massive mistake and I understand how I made it and I know who I am at my core and the values I have, but of course you carry shame,” she said. “He has a wife. Even now, I don’t want to pour salt on these wounds, and that’s a really scary thing that you do carry that your whole life. You’re thinking…Why could I not get out of it. Why did I do that?”

Zinone admitted to willfully being involved in the alleged affair with Lauer, and claimed that he sent her multiple inappropriate texts.

While she says there was consent between two adults, according to an Human Resources expert, Lauer’s position was an abuse of power, therefore, not making it consensual.

“The power differential between him and literally every other Today show employee is huge. Any relationship he has with an NBC employee will be heavily influenced — a better term might be ‘tainted’ — by that differential,” HR expert Chris Edmonds told People.

We are ready for the weekend grind! Hope you are, too! Thanks for all the love and support this week! #WeSeeYourGrind #SidelineCandy #islandlife? #Empower #Encourage #Love

While Zinone has been receiving support from her family and friends, she expected that there would be backlash and criticism after coming forward.

“My husband and I decided I was going to go forward with this. And speak out. And become a face. I understand that people are going to paint me as a home wrecker, a slut and a whore. Those are things I have been called. It was suggested to me to go get hit by a bus. These are very real things. I expected – I did expect some blow back.”

Zinone’s social media accounts are privately set and she is currently the founder/CEO of the clothing line, Sideline Candy

Show the mama in your life how much you appreciate and love her this #MothersDay with a #SidelineCandy tank or tee! They're super comfortable & look great dressed up or down! PM/DM us for more info! #Moms #SidelineCandy #Encourage #Empower #Love