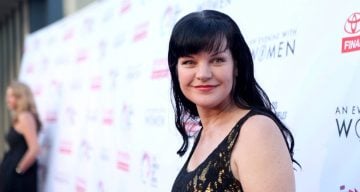 Why Is Abby Leaving NCIS?

Is the character, Abby, leaving NCIS? This is entirely false, and we’re not sure where this rumor even started! If NCIS‘ Abby Sciuto were leaving the show, fans would protest the departure of their favorite forensic scientist and demand that the show be canceled. Several NCIS fans have already taken to social media to express how much they want Perrette’s character to get her own spin-off, but so far that’s not in the cards. While The Affair‘s Jennifer Esposito recently left the hit crime show after one season, Deadline reported that Perrette has signed her contract for at least two more seasons, making her character (at the time) last through seasons 14 and 15.

The long-running drama series is back for its 15th season on Tuesday, September 26 at 8:00 p.m. EST on CBS. It will pick up right where the season 14 finale left off, with McGee (Sean Murray) and Gibbs (Mark Harmon) “pinned down in the jungle.” There’s also a two-month flash forward revealing that the two favorite agents are missing! But don’t worry, Abby isn’t going anywhere and she’s on the case. Perrette has been on the show since its series premiere back in 2003 and has received a significant raise, according to Deadline.

While NCIS may not be completely accurate for the sake of time and entertainment, the show’s lead female role does have a real-life admirer.

“One thing I think is great about these fictional crime shows is the portrayal of strong, intelligent women as role models, especially in the sciences,” said Xanthe Mallet, a forensic anthropology professor, in an interview with CNET. She singles out Abby Sciuto as a perfect example.

“On an episode of NCIS I saw recently, Abby Sciuto analyzed a hair sample to determine the isotopic profile of the hair, which can tell an analyst where the sample donor was geographically located (within certain parameters) when that hair was grown, because your tissues take on the isotopic profile of the food you eat and water you drink,” she said. “It’s a fantastic and not widely applied forensic technique when it comes to human identification,” she added, stating that she was impressed.

Luckily fans don’t have to worry about Abby Sciuto going anywhere this season…but after season 15, anything can happen. For now, fans can sleep easy knowing that Abby isn’t leaving anytime soon.

Also Read: What Happened to Jennifer Esposito on “NCIS?” Is She Coming Back to “NCIS?”