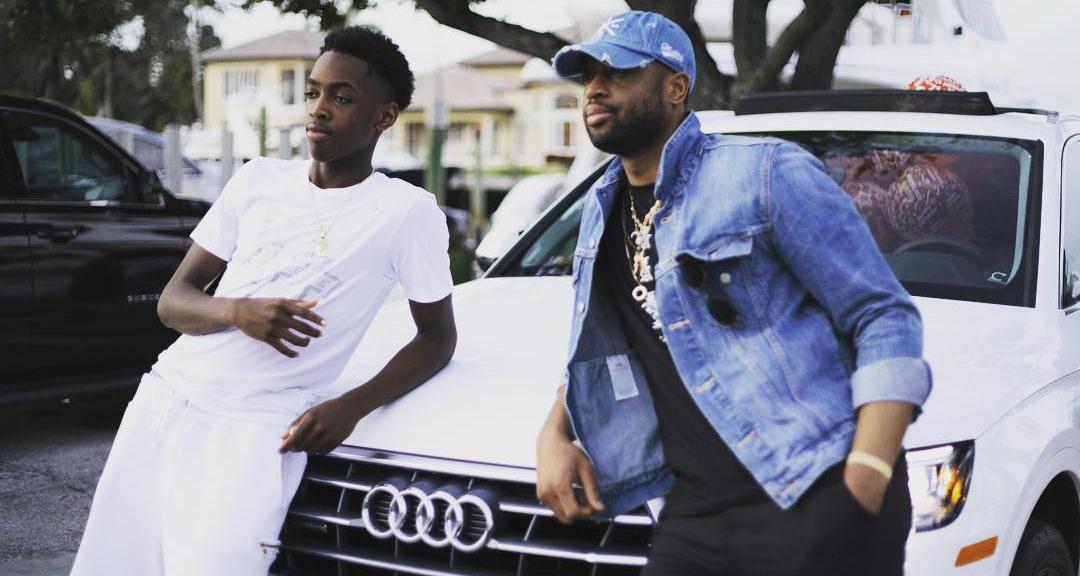 Zaire Wade is NBA star Dwyane Wade’s son and a promising young basketball player himself. He fell in love with the game at a very young age and showed great talent for it. Wade is considered one of the best young players in the game today and is often seen practicing his moves on the court. He plays for his high school team and may very well play in the NBA someday.

Basketball runs in the Wade family. Dwyane Tyrone Wade Jr. is not only a star player for the Miami Heat in the National Basketball Association (NBA), but his son, Zaire Wade, is also a promising basketball player who plays for American Heritage School in Miami, Florida.

Wade is a sophomore guard for his high school basketball team and has been drawing attention regularly from national sports media.

He began playing with Mount Carmel High School in Chicago, Illinois, after showing an aptitude for the game. But this isn’t surprising since his father is such an accomplished player.

Here are a few details from Zaire Wade’s wiki.

Where Was Zaire Wade Born?

Born on February 4, 2002, in Chicago, Illinois, to his parents, Siohvaughn Funches and Dwyane Wade, Zaire Wade’s age is 16. His full name is Zaire Blessing Dwyane Wade, but he is better known as Zaire Wade.

Funches met Zaire Wade’s dad in high school and was his girlfriend.

His Parents Had a Bitter Divorce

Zaire Wade’s mom married his father in 2002 but their marriage did not work out. Dwyane Wade filed for divorce from Siohvaughn Funches in 2007.

The court finally granted the divorce in 2010 after a long and bitter legal battle in court. Wade was granted the sole custody of his two sons, and from then on, his influence on Zaire became significant.

Zaire Wade’s height is currently 6′ 2″, which makes him ideal for the sport of basketball. Since he is just 16 years of age, his height is likely increase in the future.

Zaire Wade Is a Basketball Prodigy

Zaire Wade began showing interest in basketball from a young age. He demonstrated his considerable skills at John Lucas Enterprises’ Future of the Game camp when he was just 10 years old.

The 16-year-old has been one of the top-ranked youth basketball players in the country since he was in the fifth grade. The highlight video of his play at John Lucas Enterprises’ camp has over 7.5 million views on YouTube.

Zaire Wade and Bronny James Have Much in Common

Wade is often compared to LeBron James’ son, Bronny James, for their interest and skill in basketball even at a young age.

Another similarity between the two teenagers is that both their fathers are basketball superstars. They are among the most famous sportsmen in the world.

Both have been spotted together on the basketball court several times playing the game and throwing at the basket.

Wade’s passion for basketball is huge, and that can be seen easily by checking out his Instagram account.

Zaire Wade’s Instagram account is full of pictures of Wade playing the game on the court, practicing on the court, and hanging out with friends and his father. There are also several childhood photos of him along with his brother, Zion.

Even though Wade is just 16 years old, he is already being talked about as one of the future stars of basketball. His game is exceptional even now, and he has the best coach in the form of his father to teach him the intricacies and strategies of the game.

So, don’t be surprised to see Zaire Wade running circles around his opponents on the basketball court soon in the NBA. As they say, like father like son!