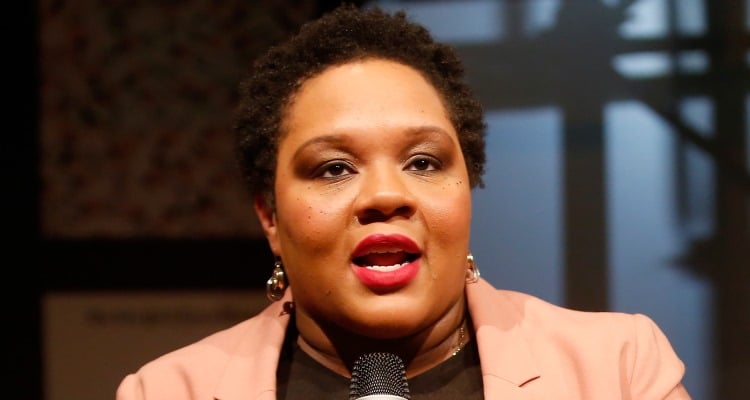 Yamiche Alcindor is a prominent Haitian-American reporter for The New York Times as well as a frequent contributor to NBC News and MSNBC. Her well-researched regaling of major political news events has been featured on various news outlets, probably because she has the ability to straddle a fine line between telling it like it is while still remaining impartial. Is Yamiche Alcindor related to Kareem Abdul Jabbar? We’ve got all the details you need to know about her, right here in our Yamiche Alcindor wiki.

She Started Her Career at a Young Age

Yamiche Alcindor’s age was only 16 when she began formally pursuing her career as a professional reporter, and she was even published in and interned for the Miami Herald. Throughout her eventful career as a political reporter and commentator, Yamiche Alcindor has had numerous opportunities to cover some of the biggest current event stories in recent history. Considering how active she is on social media—particularly on her politically charged Twitter feed—you’d think there’d be more information readily available about her online, but somehow, she’s managed to elude most inquisitive regarding her personal life. Regardless of this minute roadblock, we’ve managed to gather some pertinent information about the prolific reporter for our Yamiche Alcindor wiki.

In 2016, Yamiche Alcindor started receiving attention for something other than her political ardor. It all started when she caught wind of some recent speculation that she might be related to famous NBA all-star player, Kareem Abdul-Jabbar. While the claims were founded in pure ignorance based on the fact that Jabbar’s original name—before he converted to Islam—was Ferdinand Lewis Alcindor, Jr., Yamiche took it all in stride and was able to find humour in the situation. On July 28th, 2016, she posted the following tweet:

Here’s another thread from July 2013 in which one of Yamiche’s Twitter followers directly asked her if she is, in fact, related to Kareem Abdul-Jabbar:

@yamiche Nice report on Disrupt with @finneyk. Gotta ask, are you related to Kareem Abdul-Jabbar? #ZimmermanTrial

And there you have it, folks. Yamiche Alcindor and Kareem Abdul-Jabbar (formerly known as Ferdinand Lewis Alcindor, JR.) are decidedly not related. Like, at all. But, if you’re wondering why Jabbar chose to change his name after converting to Islam, his reasoning is quite fascinating and worth reading!

Why Did Ferdinand Lewis Alcindor Change His Name to Kareem Abdul-Jabbar?

Believe it or not, this name change held a significant and poignant meaning for the young basketball player. During the time when Jabbar converted to Islam and officially changed his name, he was only 24 years old and was still learning a lot about his heritage. The name “Kareem Abdul-Jabbar” means “the noble one, servant of the Almighty.” Jabbar made the following statement when explaining his decision to shed his former name and take on the new one:

“[I] was latching on to something that was part of my heritage, because many of the slaves who were brought here were Muslims. My family was brought to America by a French planter named Alcindor, who came here from Trinidad in the 18th century. My people were Yoruba, and their culture survived slavery…My father found out about that when I was a kid, and it gave me all I needed to know that, hey, I was somebody, even if nobody else knew about it. When I was a kid, no one would believe anything positive you could say about black people. And that’s a terrible burden on black people, because they don’t have an accurate idea of their history, which has either been suppressed or distorted.”

Even though he doesn’t share a direct bloodline or any other semblance of a connection with Yamiche Alcindor, it’s possible that they might have similar views on this subject, but whether or not that’s true remains to be seen. Right now, all we can say with absolute certainty is that both parties were either gravely offended by the assumptions or they chose to have a good laugh about it.