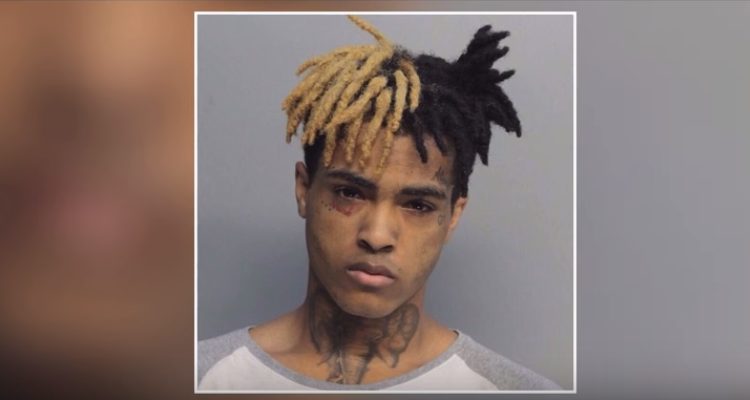 Why did XXXTentacion get arrested? Is XXXTentacion in jail? It seems he is, and could be there a while! The Miami rapper was sent to jail on Friday morning and many of his fans have been wondering why. For more information, keep reading and find out about XXXTentacion’s charges.

On Friday, December 15, 2017, the “Look at Me” singer (whose real name is Jahseh Dwayne Onfroy) was arrested and sent to jail on seven new felony charges for his 2016 domestic violence case.

According to TMZ, the new charges include different levels of witness tampering, as well as witness harassment. The prosecutors also believed that he threatened his ex-girlfriend, who he’s already facing charges from as he’s been accused of attacking and beating her while she was pregnant.

The Miami-Dade County judge ruled that Onfroy disobeyed his bond, and as a result, was sent straight to jail without bail or hearing to appeal the sentence. The Florida native will remain in jail until his trial. He could be facing at least 10 years behind bars if he’s convicted.

“Court date is on the 15th 9:00 am here is my court information, if I am taken into custody, I want to tell everyone I’ve let down I apologize, I tried my best, I really did,” Onfroy wrote in the caption of an image of his trial details. (It seems the image has cince been removed.)

Onfroy has 5.2 million followers on Instagram and only one post, but that seems to be more than enough for his fans. There seems to be a heated debate on Onfroy’s solo post as to what really went on with the allegations and charges made against the rapper.

“That’s shit from supposedly violating his probation , but he said he hasn’t , and even his po [parole officer] said he didn’t , buy he didn’t tamper with anything , & if it witnessed anything I wish he would’ve just told instead of putting all his fans through hell [sic],” said another commenter.

Onfroy has already said that he wanted to retire but also has some new projects in the works. He’s already released a five-track EP titled A Ghetto Christmas Carol and has since changed his mind about retiring.

“Releasing three albums, this upcoming year,” Onfroy wrote. “Never quitting music, that would be selfish I see how many people need me.”

Onfroy has also received support from fellow rapper Wifisfuneral, who recently took to Instagram and captioned two photos of himself and Onfroy with, “I look at times like these and wish you and me were as close as we use to be. Because you was dead ass my brother and I never judged you no mater what my opinion on the things as men we were tryna do to figure out our lives [sic].”

It will all be over soon… #xxxtentacion

Wifisfuneral went on to speak about his unconditional love for the Florida rapper.

“It also breaks my heart seeing you always behind that fucking cell,” his friend wrote. “Cause no one in this world gonna ever understand you the way me and stokes do fam. You’re worth in this world is so crazy sometimes dawg cause you g shit touch these kid’s heart. Free you. Ion give a f–k what literally no one says. It’s the moments like these that’s always make me remember why I got MO on me. Free jah [sic].”