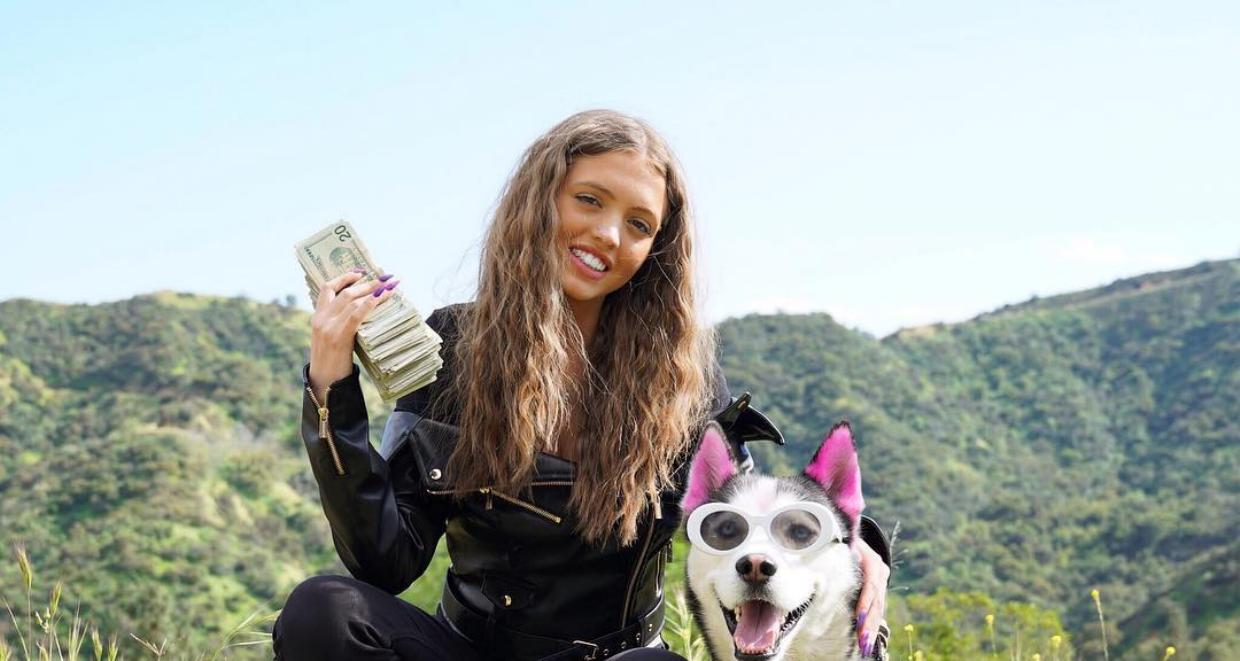 Victoria Waldrip, aka Woah Vicky, has caught the attention of her fans yet again with her boyfriend, Lil Rot. The 18-year-old stars posted on their Instagram accounts that they bought a helicopter! But they probably missed the giant “Celebrity Helicopter” logo pasted on the rental machine…

Rot and his girlfriend have been taking Instagram by storm with their antics about adopting another Instagram star, nine-year-old Lil Tay, and buying Rolls Royce cars. But how is Woah Vicky so rich by posting things on social media that make no sense?

Her Very Own Fake Chopper

Woah Vicky claims that she and her boyfriend have bought a helicopter. And, apparently, it’s her second one!

The video starts off with Woah Vicky counting the ceremonial “1, 2, 3,” before starting something. And then she goes full-volume with her screaming about the new helicopter.

But the teenagers probably forgot to blur out the giant company logo on the rudder. It indicates that it belongs to the helicopter rental company named Celebrity Helicopters.

And to add to the craziness of the video, the pilot and Lil Rot were seen eating money! The teenagers claim they have so much of it that they can eat it, too.

Just bought my 2nd helicopter with my bae we 18 year old billionaires god is good ❤️?? shout out to our pilot @robin.at.tam ? @cloutwolf3

Haters Are Calling Them “Mental”

A while back, Vicky posted a similar picture with a green helicopter, which she captioned, “JUST BOUGHT A BILLIONAIRE HELICOPTER YOU BITCHES STILL WALKING!!”

The teenager now posted that she bought yet another one. She even tagged the pilot, Robin Petgrave (the chief pilot of the company), who apparently took Woah Vicky and Lil Rot (real name Jay) on a ride. 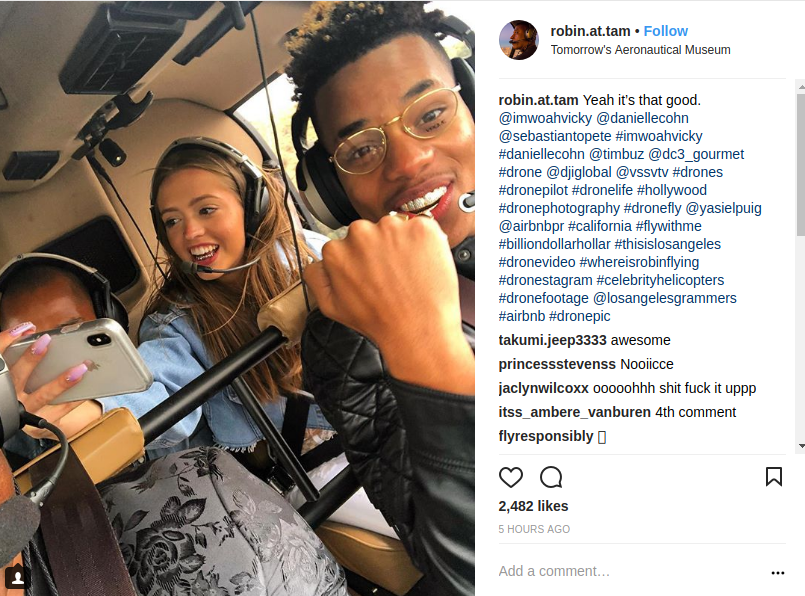 In addition to the home that they claimed to have purchased together, Vicky also said that her “bae” bought her a luxury Infinity car.

Vicky apparently has enough money to spend on a Rolls Royce, which she claims to have bought once she turned 18.

All these luxurious items in her life seem to suddenly pop up, and then disappear, forcing her to “flex” very different things every time. Well, “rentals” can cause a person to do that!

While comments about the video and the stars are mostly negative, the number of followers for their Instagram accounts don’t seem to stop climbing!

Woah Vicky is now followed by 1.8 million people from around the world. And this is only fueling the madness on social media.

Comments like, “are they mental,” or “the mental hospital people that escaped,” have been pouring into their accounts. But it seems to make no difference to these youngsters.

Woah Vicky’s Instagram is about to reach the two million follower mark. So, brace yourselves for a whole lot of ear-blasting screaming and more fake purchases in the future!