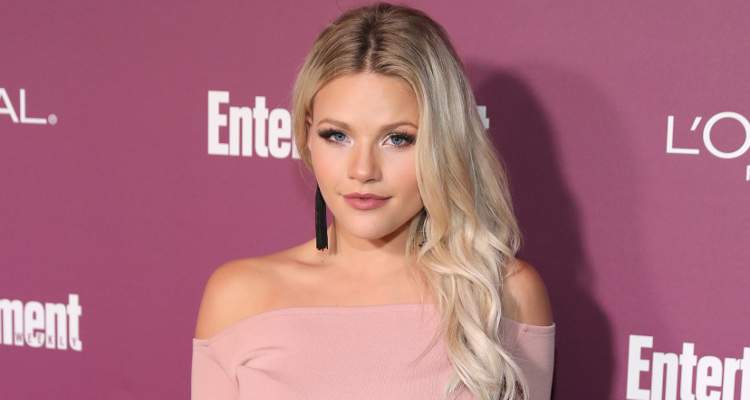 Dancing with the Stars pro Witney Carson and her super-supportive husband, Carson McAllister are the couple to watch for all your couple and love goals. Being in love since high school, they complete each other in so many ways.

Last season on DWTS, Carson had the chance to choreograph an all-girls routine which earned her lots of praises and accolades. The choreography was definitely brilliant and wowed the audience to no end. Her husband has always been the biggest supporter of her dancing career. He is her biggest fan, cheering her on throughout her performances and making sure to be with her whenever he can. Carson McAllister age is 24, the same age as his wife. The two are made for each other and are completely in love. It looks like young love is stronger than ever on the DWTS stage!

They Dated for 4 Years

For any latecomers who might be new to the story, Carson McAllistor and Witney Carson went to the same school. She was his crush, since the seventh grade. McAllistor spoke about Carson in an interview saying, “She was my dream girl since 7th grade. But she didn’t know I existed until senior year. We became really close friends and kinda started dating. From the second I got to know her, I could tell she was the most loving and understanding girl I’d ever met.” The pair have been inseparable ever since, and even successfully battled a long distance relationship right after graduating from high school.

At the time, they sent each other packages and gifts while keeping in touch via email as McAllister went to Romania on a Church of Jesus Christ of Latter-day Saints mission for a period of two years. Meanwhile, Carson began pursuing dance professionally, participating on the Fox reality dance competition, So You Think You Can Dance.

New Addition to the Family

Last year, Witney Carson and Carson McAllister added a new bundle of joy to their happy home. The newest addition to their family was a small puppy. Carson’s Instagram account was soon filled with adorable pictures of her little puppy sleeping peacefully in McAllister’s arms. The picture was aptly captioned with the heart eyes emoji.  In another picture, she wrote “We have a baby & she’s perfect.” Now, her Instagram is flooding with pictures of the pro dancer with her DWTS season 25 partner, Frankie Muniz, as they practice and compete each week.

With so much love between them, it will be interesting to see how the couple builds on each other’s strengths to achieve their personal goals and continue their journey of love and respect for each other.

You can catch Witney Carson on Dancing with the Stars Monday nights at 8:00 p.m. EST on ABC.