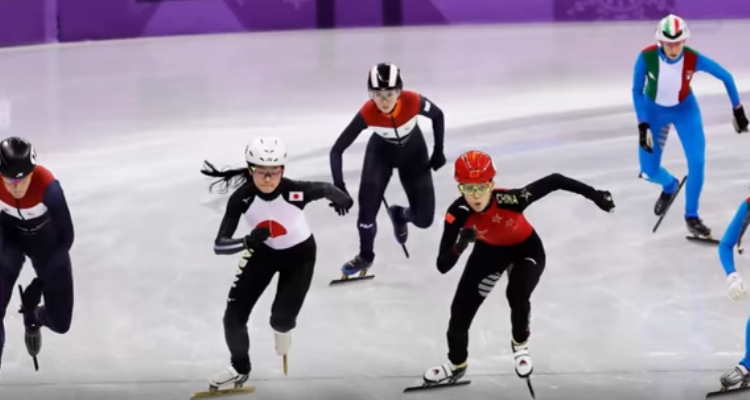 Speed skating is one of the most popular events at the winter Olympic with fans from around the world watching closely. But how much do you really know about the sport? The 2018 Pyeongchang Winter Olympics has a total of 14 speed skating events, which are divided equally between both men and woman. The events take place on an individual basis, with a mass start as a team pursuit. But that’s not all there is to it! We’ve got everything you need to know about the speed skating pursuit rules and how the team pursuit works. So, you’re going to want to brush up before the final big races at the Winter Olympics 2018!

Below are the number of laps that each speed skater would encounter during each one of the races.

The standard requirement for a skating venue is a 400-meter oval, which would have to be approved by the International Skating Union (ISU). Skaters complete the races on a counter-clockwise basis and are timed to a one-hundredth of a second, to determine close races.

How Does Individual Speed Skating Work?

In this event, there are two skaters that compete in side-by-side lanes. Skaters are ranked based on their world cup results, leading up to the Olympics.

Skaters are put into groups to ensure the event is organized. In short skate events such as the 500m or 1,000m races, there are eight skaters in each group. Longer races, such as the women’s 5,000m and the 10,000m men’s event, have four races in each group.

How Does the Team Pursuit Work?

The pursuit for gold is completed in phases; the quarterfinals, semi-finals, and the finals, with each race being an elimination round. A team must ensure that all three of their skaters cross the finish line to receive the victory over their competitor.

What Is ‘Mass Start’ Speed Skating?

If you are wondering what mass start speed skating is, you’re not alone; it actually only made its debut at the 2018 Pyeongchang Winter Olympics! This has many very curious about this new addition to the speed skating events.

The event consists of a total of 16 laps and a maximum of 24 skaters. The skaters begin the race scattered across the start line. Unlike the individual race, which is based on timing, mass start speed skating is based on a points system.

The purpose of this race is to tactically plan a strategic race around the laps that award sprint points. For instance, it is quite possible that the skater that crosses the line third, may have more points than the second-place finisher. The skater with the most points at the end of the race, wins. So, it’s not necessarily a game of speed, but perhaps more of technique and skill.

Now that you’re caught up to speed and knowledgeable about the exciting speed skating events, be sure to tune in and see who goes for gold!