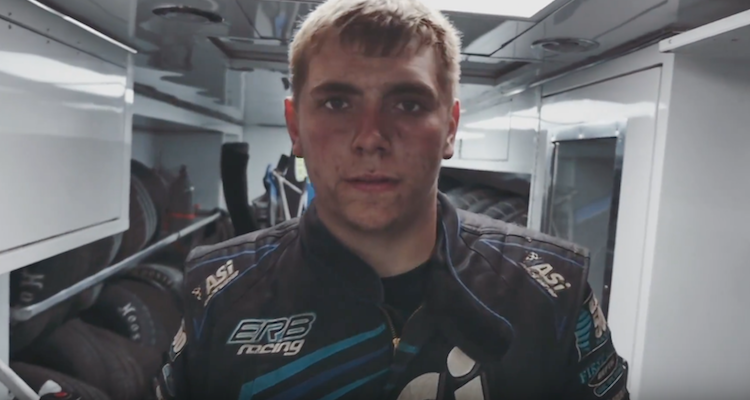 Tyler Erb has been a rising star among the many racers in the World of the Outlaws racing. Now, he may have done something that will not only cause issues with his career but with his personal life as well. Tyler Erb’s arrest has landed him with a mugshot and a whole whack of trouble. Why was Tyler Erb arrested? We’ll explain that, along with the consequences and what all of this may mean for his up-and-coming racing career.

Facts about the Arrest

In the case of stories like these, rumors can instantly get out of control. Here are the facts behind Tyler Erb’s arrest.

According to public records, Erb was booked on charges stemming from an incident with someone at a World of Outlaws racing event in Volusia County, Florida, on February 15, 2018.

Erb was arrested on charges of child abuse, as well as burglary with an assault or battery.

As per an official statement from World of Outlaws’ parent company, World Racing Group, Erb violated their codes of conduct. As a result, he has been suspended from two Series Racing events, fined $500, and placed on probation until the end of 2018.

So, where does child abuse come into play when something happened at a racing event? We took a look through the stories that are floating around on Twitter and may be able to explain how those charges came about.

What May Have Happened

Details are incredibly scarce at the moment. But we’ve been able to piece together a little bit of what may have occurred via Twitter.

According to rumors, Erb got into some sort of altercation with fellow driver Hudson O’Neal. We don’t know what the altercation was about, but it got heated, at least on Erb’s end.

Where the complication comes in is due to the fact that O’Neal is only 17 years old. His age makes him a minor, leading to the charge of child abuse.

As to the charge of burglary with an assault or battery, we are unsure of what that may pertain to.

Consequences of the Arrest

Obviously, throwing punches at a fellow driver is not permitted in the world of racing, so that’s where the fine and the brief suspension comes in. In many ways, the suspension probably hurts Erb more than the fine.

In such a brief racing season, finishing well in two events can make or break your standings. So now, after his arrest, Erb’s current standing in the circuit will probably drop.

There is currently no information on any future court dates for Tyler Erb.