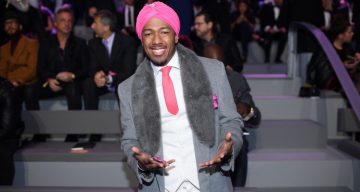 Why does Nick Cannon wear a turban? At Nick Cannon’s age, 36, you would think that he would be allowed to do and wear whatever he wants, as long as it doesn’t hurt anyone, but Nick Cannon’s turban just doesn’t sit well with some people. Who are those people? Well, Good Luck Chuck actor and comedian Dane Cook, 44, let the world know that he has a problem with Cannon’s head piece!

The Wild ‘N” Out host has been rocking his turban for quite some time now, and it’s made its rounds on a number of red carpets. But when Cannon wore a pink turban at this year’s Victoria’s Secret Fashion Show in Paris, France, Cook put in his two cents on Instagram.

“Last night Nick Cannon wore this shit,” Cook began in the caption. “He put this on his head and he looked in a mirror and he walked away from the mirror without saying to himself, ‘Hey self mayyyyyybe I shouldn’t look like Zoltan and wear a [f–king] pink turban with one of the infinity stones from Avengers on it.’”

Cook continued, “He wore a matching tie and bottom lip lipstick too to match this horrific clothing mistake x10000…This pic makes me so frustrated that I want to delete it already and I think I will because this makes me want to quit Instagram. Don’t get me wrong, Nick is a good guy and he and I go way back, but I’m gonna have to call Nick out here and say he Cannon’t wear this [f–king] thing again.”

The post goes on, with Cook describing the rest of his opinion/joke, which appeared to be a rant involving nails, tires, and highways. 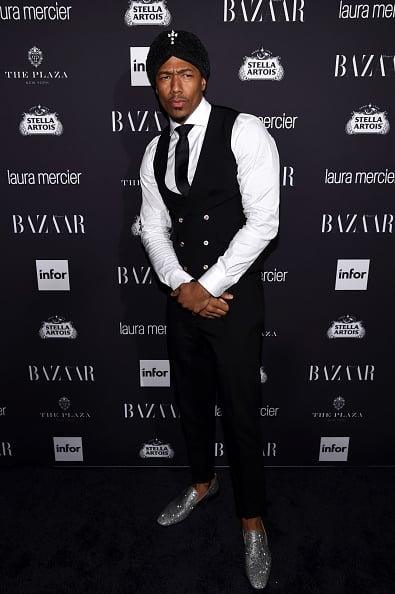 Though many of Cook’s followers agreed with him and his unsolicited opinion of Cannon’s fashion choices, Cannon wasted no time in firing back at Cook, despite Cook claiming that the actors go way back.

“Yo @DaneCook call me so I can explain this Muthaf**kin King Business to you!!” he captioned a black-and-white collage of himself wearing various turbans. “#MoorishMindset #SikhLife #ReconditioningOurCommunities.”

We don’t think Cook’s comments will stop Cannon from wearing any more colorful turbans in the future, but he did explain his reasons to People magazine.

“I want to represent my inner king, and to do it in a fly way,” said Cannon. “It’s a great conversation piece but it also allows me to express that spiritual side…I have a good time with it, but it actually does mean a lot to me.”

Well, there you have it! We can only imagine what Cook thinks of Cannon’s turban having its own Twitter account.