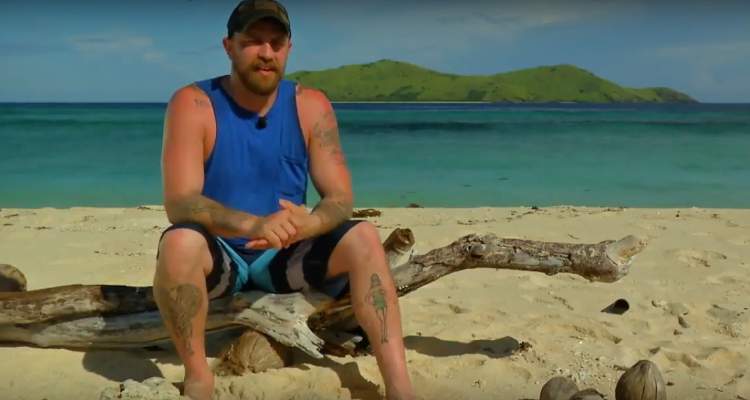 Ben Dreibergen is a 34-year-old former marine and one of the top contestants on the American TV Reality Series, Survivor 2017: Heroes vs. Healers vs. Hustlers. With his fierce looks and clever game strategies, Ben is easily thought of as one of the most promising contestants on this year’s season. The latest episode saw him being voted out unanimously by all the other contestants; however, he used his ‘Real Idol’ turn their decision around and save himself. Here’s more on Ben Dreibergen from Survivor 2017.

Ben Dreibergen is an ex-mariner by profession who is now appearing on the latest season of Survivor 2017. He hails from Boise, Idaho and was originally part of the ‘Levu’ Heroes tribe on the show. As claimed by the dashing man himself, he has seen the worst of conditions during his marine life that has taught him several lessons and honed his survival instincts for the good. After resigning from the United States Marines, Ben tried his hand at odd jobs. from staking out land in Alaska to working as a bouncer to building fences in Wyoming and beyond. Before being selected for Survivor 2017, Ben was employed at a grocery distribution center and was living a content life with his wife and two kids. However, it was his family who was the prime motivation for him to be on the show. On being quizzed in an interview as to why he thinks he can win Survivor, Ben answered, “Because I have survived and overcome so many situations and met so many different people with different personalities. My social game is on point, and my leadership and survival skills have been tried, tested and proven.” With an attitude like that, winning is sure to be a cakewalk for Ben on Survivor 2017!

Why Does He Wear a Bandage on His Shoulder?

Out of the many questions about Ben Dreibergen that are driving people insane is: Why does Ben on Survivor wear a bandage? It was initially predicted that he had sustained an injury while filming for the Reality TV series. Some also guessed that a terrorizing sunburn was the cause behind Ben’s shoulder bandage. However, it is now said that Ben is, in fact, hiding a tattoo that he recently engraved on the top part of his shoulder. Although it is difficult to read what’s underneath the bandage, one can presume that it displays information that cannot be shown on National Television. Why else then would he be required to hide it? Fans are also wondering if the Tattoo is something that’s copyrighted or too personal to be shown on TV. Early last month, Ben also tweeted that he has been getting a lot of requests to show the uncovered tattoo, but he failed to give any further details on it. Ben on Survivor’s tattoos also include a Horus (an ancient Egyptian god) with several other intricate designs on his arms and hands. While his bandaged tattoo is the hot topic, it looks like we are going to wait a bit longer to see it, after all! With that last minute play of his hidden immunity idol last night, we might be seeing Ben in it for the long haul!

Ben is a family man who has lived quite an adventurous life up until now. He is a father of two children; five-year-old Wyatt and three-year-old Gracie, who he absolutely adores. On being questioned on his younger one soon turning three, Ben excitedly exclaimed, “She’s a beautiful, healthy little baby girl, but she’s sassy as all hell, so she’s a Driebergen. We’re in for a world of hurt. The world is in for a world of hurt.” Ben, who is fairing rather well on the current Season of Survivor 2017, is also a loving husband and gives much credit to his success to wife Crissy. Being the adventure seeker that he still is, Ben got married to his wife at “a drive-thru wedding” in Texas, with the best man and maid of honor sitting in the backseat of the car! However, he is now more humbled and is said to be leading a very content life with his current wife and kids. Apart from tending to his family, the 34-year-old contestant enjoys circle track car racing, building and shooting guns, and camping out with friends. His idol in life is Michael Blake Wafford, who he served with in the U.S. Marines in Iraq, as he gave his life for their country. With grit in his arms and a flair for surviving, we wouldn’t be surprised if Ben Dreibergen emerged as the Sole Survivor on Survivor 2017: Heroes vs. Healers vs. Hustlers!