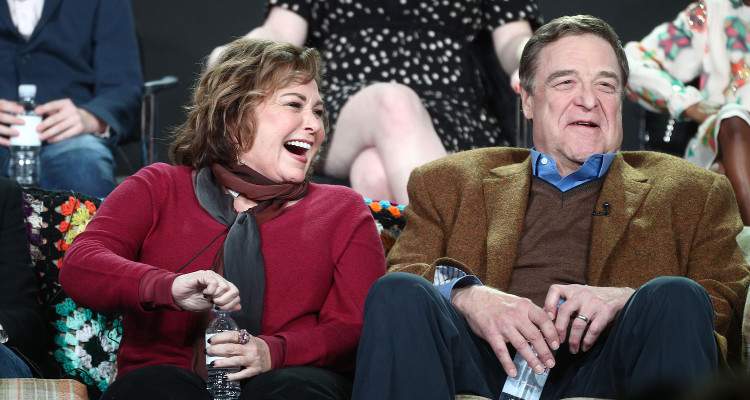 We have good news for Roseanne fans! ABC announced the revival of the light-hearted sitcom, so we will see our favorite ’90s family again. The network managed to put the cast together for the revival, including John Goodman. But if Dan died in the Roseanne finale, how is he back? Here’s why Dan left Roseanne in the first place.

John Goodman reportedly walked off set of the popular sitcom Roseanne in 1995, after a threat of quitting came from the show’s creator and star, Roseanne Barr. He typically kept away from such behavior, but this seemed to be the last straw. It was the show’s final season, and fans were soon left wondering about what happened on the finale. Read on to know if Dan cheated on Roseanne or died during the series finale.

Roseanne was a beloved show with the main duo, Dan (John Goodman) and Roseanne Conner (Roseanne Barr) and their family making fans laugh week after week.

It had a great nine-year run, but by the mid-90s, the enthusiasm of some stars began fizzling out. Some sources claim it was largely due to Barr’s “annual” threats to leave the show, which other actors grew tired of.

Goodman is said to have quit the show, even though he was a key character on the sitcom. It was reported that he tolerated the commotion until walking off set one day, saying he was “fed up.”

He told producers that he was not going to return, which some speculated was because of his blossoming career. The Flintstones actor was a huge part of the show, and at the time, the network spent $2.9 million for the show’s license due to Barr’s six-figure per episode salary.

Instead of continuing without his role, they found it fit to end Roseanne after Goodman’s exit. Dan is killed off in the series finale after suffering a heart attack. Fans soon realized that —despite seeing Dan survive a heart attack after D.J. saves him in season 8— the entire show was Roseanne’s book, and Dan actually died at Darlene (Sara Gilbert) and David’s (Johnny Galecki) wedding.

That means that the arc in season 9, showing that Dan cheated on Roseanne, was also fiction.

Now, more than two decades since the show’s finale, ABC decided to give fans the same thrill once again, with original cast on board!

Despite Dan’s death, John Goodman was one of the first to sign onto the show, and will almost definitely be seen during the March 27, 2018 premiere. Darlene and David are separated, Roseanne’s sister Jackie (Laurie Metcalf) is back, and Sarah Chalke returns, but not as Becky!

Check out the promo for season 10 of Roseanne: