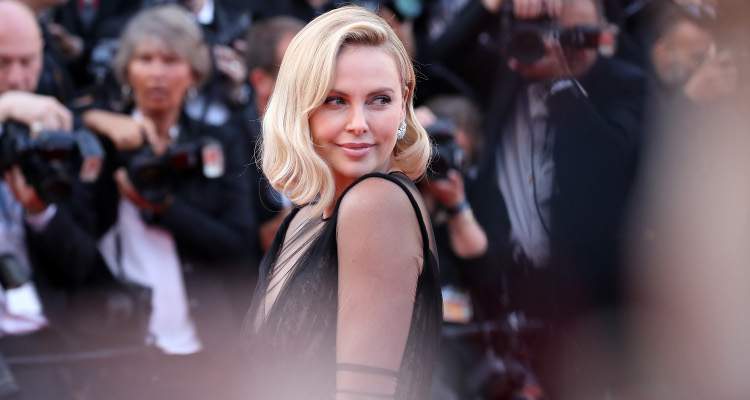 Despite winning as many as 47 awards for acting (including an Oscar), Charlize Theron’s theatre skills failed her when she needed them the most. The Mad Max: Fury Road star appeared on Jimmy Kimmel Live! earlier this week and confessed about the time she had an unbearably embarrassing conversation with President Barack Obama.

Host Jimmy Kimmel brought up Theron’s previous visit to the show, where she interacted with President Obama backstage. It would have been an amazing chance for the 39-year-old actress, had her nerves not gotten the best of her.

“Oh my god, this was terrible, Jimmy, this was terrible,” Theron recalled. “I have this thing that happens when I get nervous, where I get so nervous that I will say something really inappropriate. I can’t… It’s like Tourette’s in a weird way. I don’t know how to stop it…it’s like verbal diarrhea.”

She continued to say that the president waited to meet with her and it was as if everything around him stopped when they finally met, which left Theron feeling like a ball of nerves under pressure.

Theron narrated how President Obama complimented Kimmel and mentioned the new, younger audience that he could reach out to with the help of the show. In the long pause that followed, the only thing Theron could come up with was, “Well, if you’re looking for a different demographic, I can take you to a strip club!”

Fortunately, President Obama took it in the right spirit, she says. “He was so gracious and funny and he could tell that I was really nervous. He was nothing but lovely. And then I couldn’t sleep for four weeks!” she joked.

Kimmel poked fun at her saying that she should have said it to all the past presidents, especially Bill Clinton.